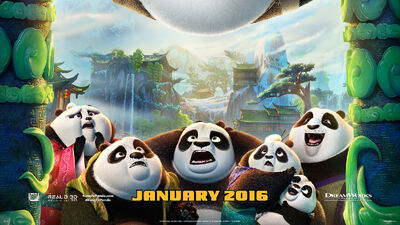 Kung Fu Panda 3 is the third film in the Kung Fu Panda franchise. It is produced by DreamWorks Animation and Oriental DreamWorks, and distributed by 20th Century Fox. It is directed by Jennifer Yuh Nelson and Alessandro Carloni, written by Jonathan Aibel and Glenn Berger, produced by Melissa... 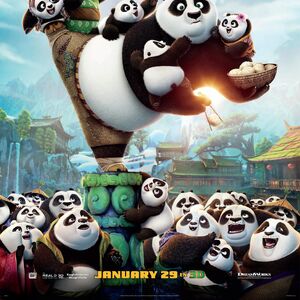 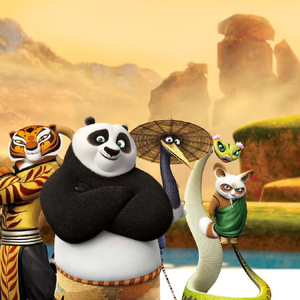 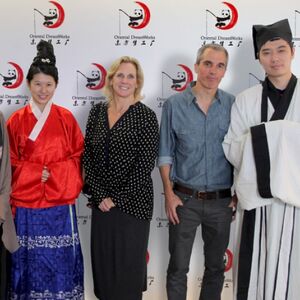 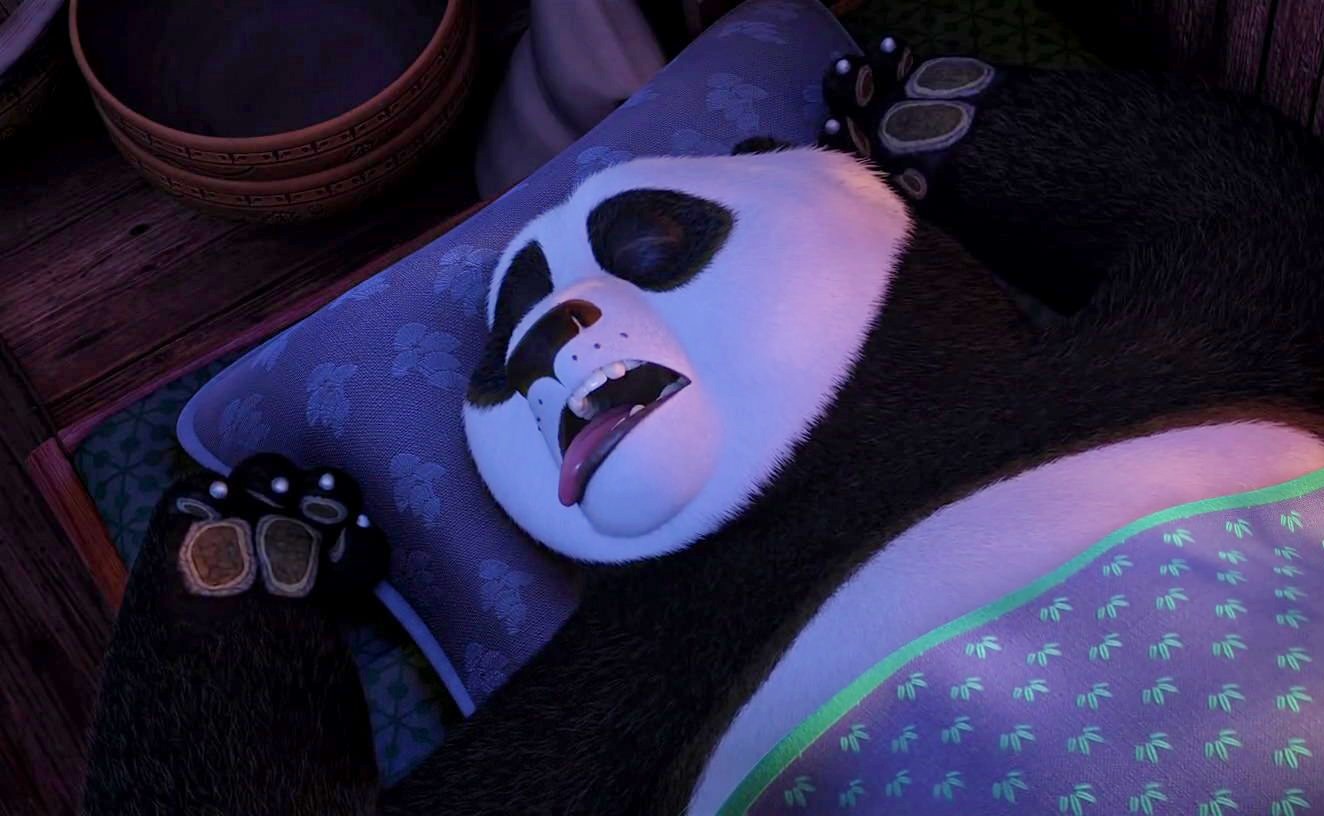 Is kai from kfp3 coming back.

In 2008 Kung Fu Panda was easily one of the best animated films created for its combination of humor, character progression, and great action pieces. The second film, like Empire Strikes Back, went a darker route, and while the humor was arguably better in the first film, it’s focus on Po’s backstory and the life or death threat presented by Shen’s weapons created an experience more enjoyable than the first movie. So what happened in the third film? Not a lot. Watching Po sleep in and roll around is not very enjoyable, and the humor at least for my tastes was quite lacking. With very little interaction from the furious 5, a villain that ultimately wasted the potential of J.K. Simmons, and the cringe worthy “Chit chat” scene, what do you think Kung Fu Panda 4 could learn from the third film?

Some of the weapons seen and used in the movies are pretty straight forward in what they are no research or guess work required but others are difficult to find (If you'll pardon the pun) hide or hair of, my question spesifically has to do with the paired weapons seen being used be master storming ox in KFP2 and master bear in KFP3 I don't know if these weapons and different types of the same weapon or two different weapons but i can't find anything like them in my search, help please. 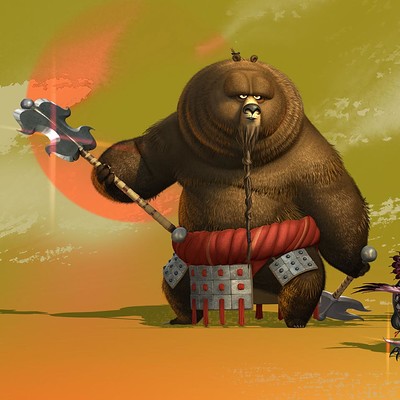 Mr. Ping mentioned he raised Po for 20 years before Mr. Ping told him he was adopted and behind-the-scenes it's mentioned that Po is in his 20s, in Secrets of the Scroll Po was a teenager 10 years ago and Kung Fu Panda 2 Shifu mentioned Po found inner peace at a such young age. However, in Kung Fu Panda 2 Shen waited 30 years to rule over Gongmen City alongside his cannon probably waited ever since then he started to use fireworks as an weapon, it's not even mentioned or shown that Shen began to use fireworks as a weapon years before or it was less than 30 years ago for the panda massacre and how could Shen's parents be concerned for about a long 10 years before they had to know Soothsayer's prophecy?

Shifu reffered ducks and not geese to them who commented and went past Po.

Po did not know what Chi was before Shifu shown and told him about it, but in Kung Fu Panda: Legends of Awesomeness he already knew what chi is.

Po still had his Tigress action figure, but in Secrets of the Scroll a rabbit kid got all of his Furious Five action figures Po later didn't need them anymore.

It showed that Po was miserable to roll and seemed he did it first time, but in Kung Fu Panda 2 he was already able to roll?

"October brings the superheroes and the supernatural to Netflix. ... New movies include ... the animated, kid-friendly adventure 'Kung Fu Panda 3,' ..." —Via Seattle Times 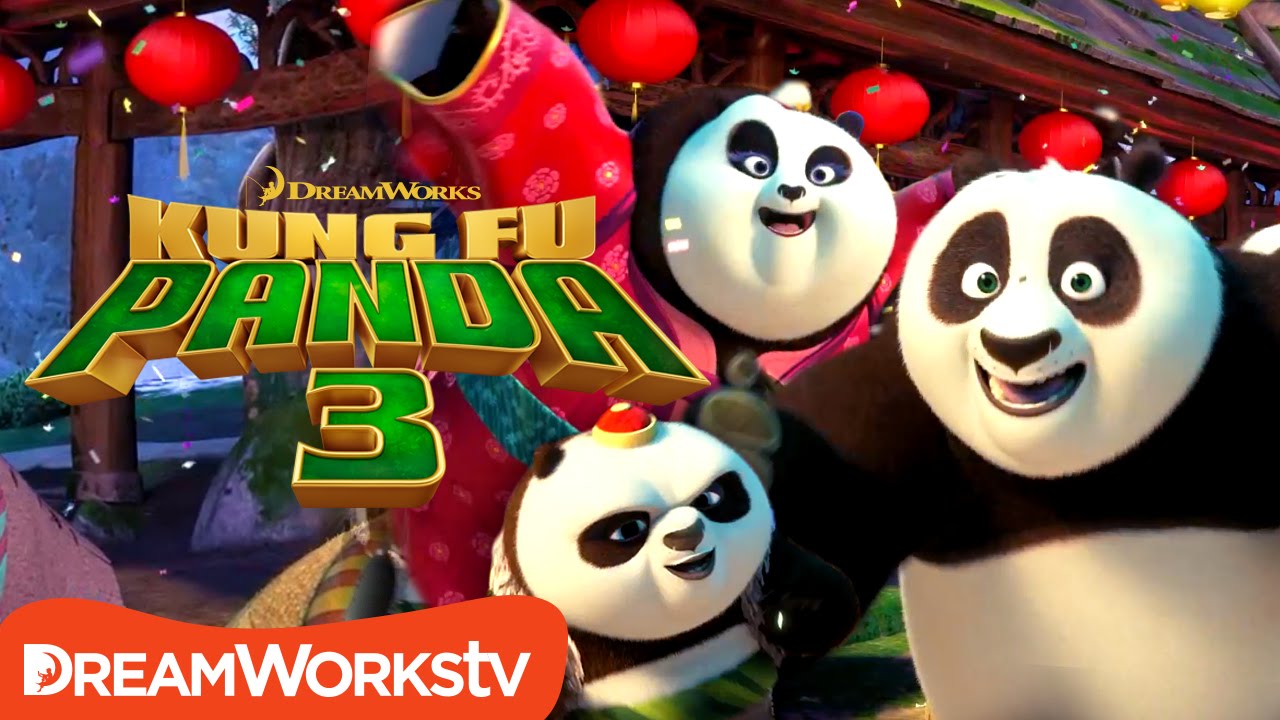 I liked KFP 2 because it had a lot of suspense and action.

EDIT (June 3, 2018): Cleaned up the thread. Focused on on long posts, double-posts and blockquotes. Just in case you notice your comment was edited by me. --Spottedstar 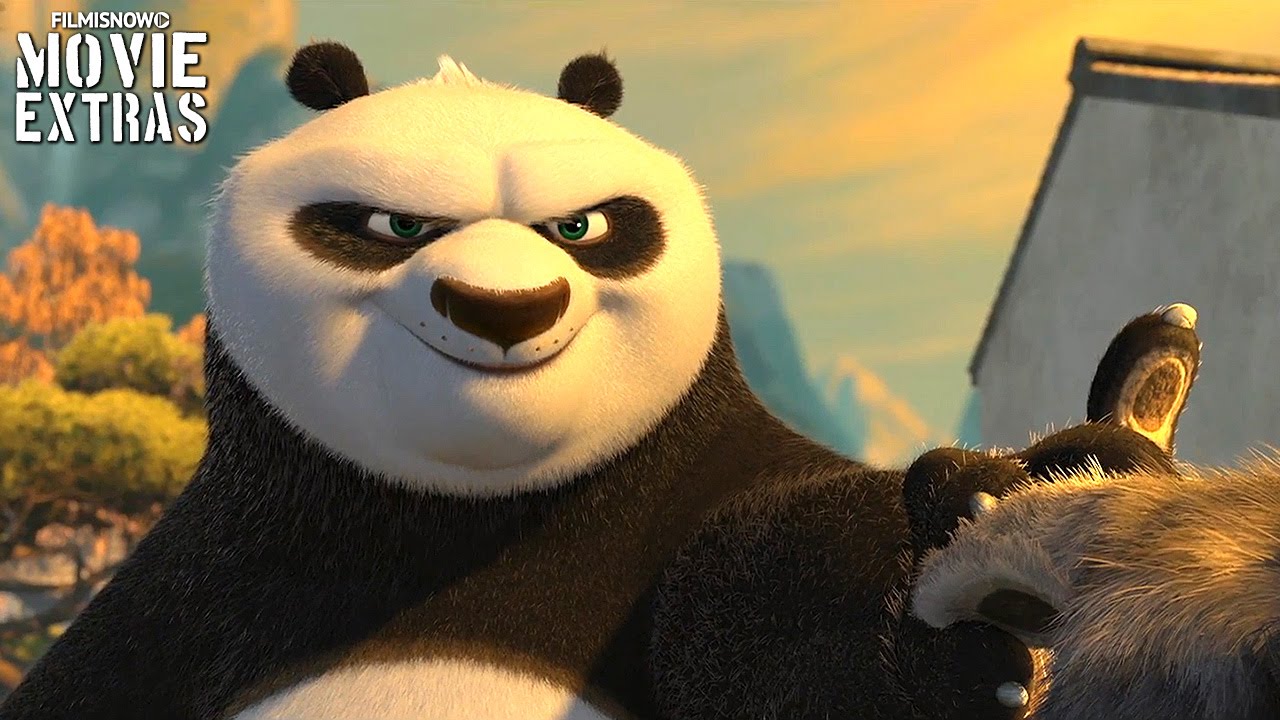 KFP 3 is not as bad as other franchise sequels in film but I just want to forget about it. Visually, it was fantastic but the story seemed a little lackluster. Am I the only one who doesn't like it? 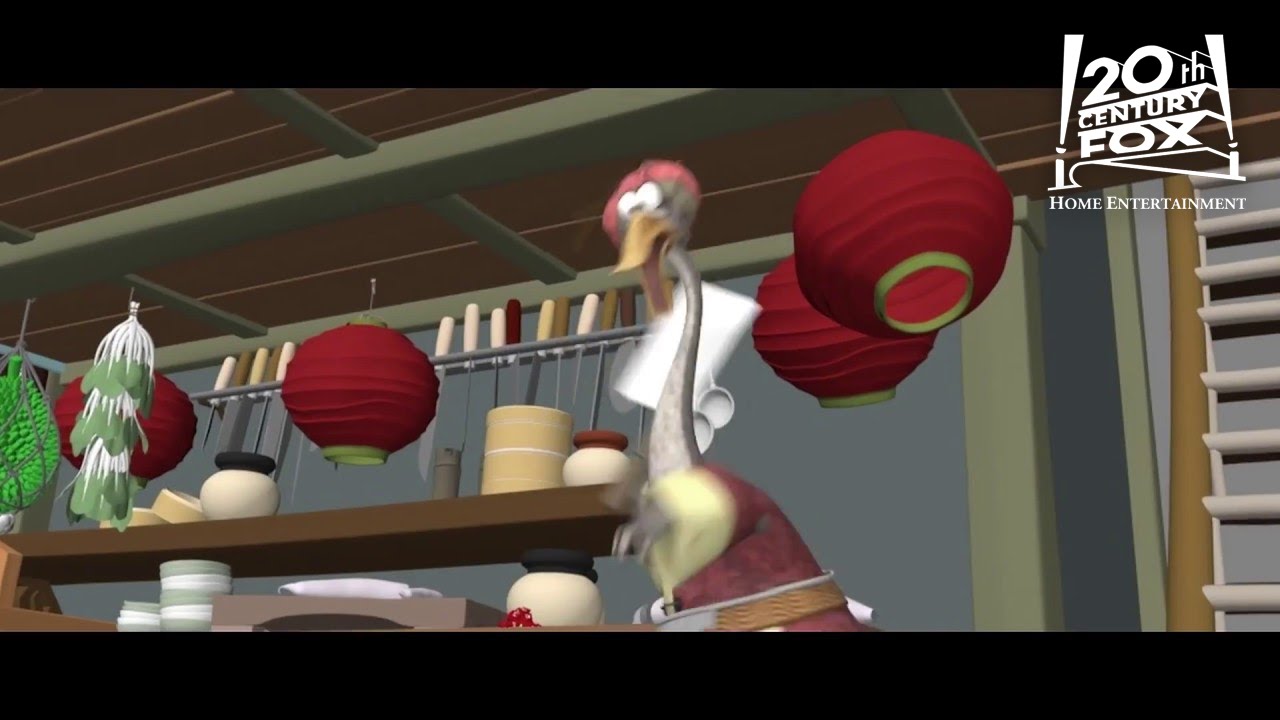 "20th Century FOX Home Entertainment releases DreamWorks Animation's KUNG FU PANDA 3 AWESOME EDITION on Digital HD on May 13 and Blu-ray™ and DVD on June 28. ... "Kick off the summer with the KUNG FU PANDA 3 Awesome Edition on Blu-ray™, DVD and Digital HD. Featuring more fun, funny and action packed bonus features including 2 all-new Kung Fu Panda animated shorts, Everybody Loves A Panda Party Karaoke with Po, Make a Panda Party Paper Pal and more! ... "Special Features: * Everybody Loves a Panda Party - Join Po and the entire cast of lovable pandas to sing-along and learn why everybody loves a panda party in this all-new presentation. * Po's Posters of Awesomeness - Po leads a deeper exploration of the awesome art in Mr. Ping's hut as the posters come to life and illustrate his hilarious stories. * Panda Paws - Watch the enormously talented panda ribbon dancer Mei Mei starring with Bao in an exclusive animated tale. * Make a Panda Party Paper Pal - Learn the mystic art of paper folding and create a village of panda pals as Po hosts this fun and entertaining tutorial. * Play Like a Panda - Adorable overload! Learn all about real baby pandas, their amazing lives, and their remarkable playful ways. * The Origin of "Skadoosh" - For the first time ever, Po reveals the extra-super-secret origin of his world-famous catchphrase. * Faux Paws Deleted Scenes - Discover fascinating story insights with this revealing collection of deleted footage you couldn't see in theaters!" -- Via Broadway World TV/Movies

Hey guys, Before KFP3's release, box office analysts projected it would make in between the first and the second films gross ($631 million and $665 million respectively. Kung Fu Panda 3 has "only" grossed $437 million, as well as having the lowest domestic opening weekend of any of the films. Could this "disappointing" gross affect a sequel being produced?

"In an early announcement to retailers, 20th Century Fox is preparing 'Kung Fu Panda 3' for Blu-ray sometime in 2016. A Blu-ray 3D Deluxe Edition will also be available. ... Specs and supplements have not been detailed yet.

"Suggested list price for the Blu-ray/DVD/Digital HD combo pack is $36.99." -- Via High-Def Digest 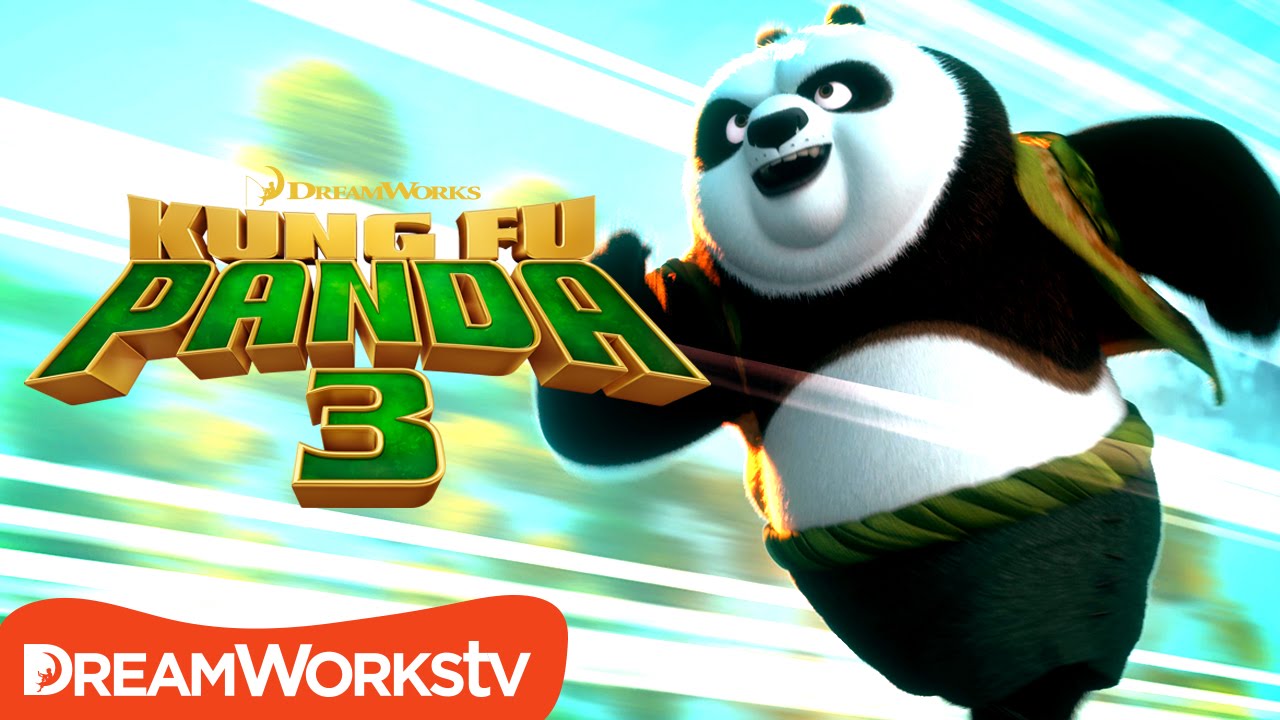 Here's the wiki's official discussion and review thread on Kung Fu Panda 3, along with a new poll to vote on!

Please be sure to follow all general discussion rules. In short sum: be respectful, use normal text formatting, and do not spam or swear (PG language only).

EDIT (May 11, 2018): Went through everyone's comments and removed all spoiler text markers, as well as any comments that discussed solely about KFP4. A reminder to keep this thread about KFP3 only. --Spottedstar

Guys! Wikia, the Home of Fandom, got a chance to interview the cast of KFP3! We were lucky enough to sit down and have a chat with Lucy Liu, Dustin Hoffman, and J.K. Simmons. Check out the video below!

The film is being sponsored by website creator Wix.com for showing ads during this year's Super Bowl. They're pretty interesting and funny. :) Some of them even feature non-spoiler content from the new film, like characters and environment. Here's the full list of planned ads for the campaign, all according to what Wix.com has shared about it. I'll update this post as they release. Ad #1: Po Discovers the Power of Wix (January 13, 2016) --- EDIT (April 25, 2019): Archiving old threads and getting rid of old junky code that doesn't work in the new forums. This one can only fit one video in the top post, so I've posted the rest of the videos in the reply posts below. 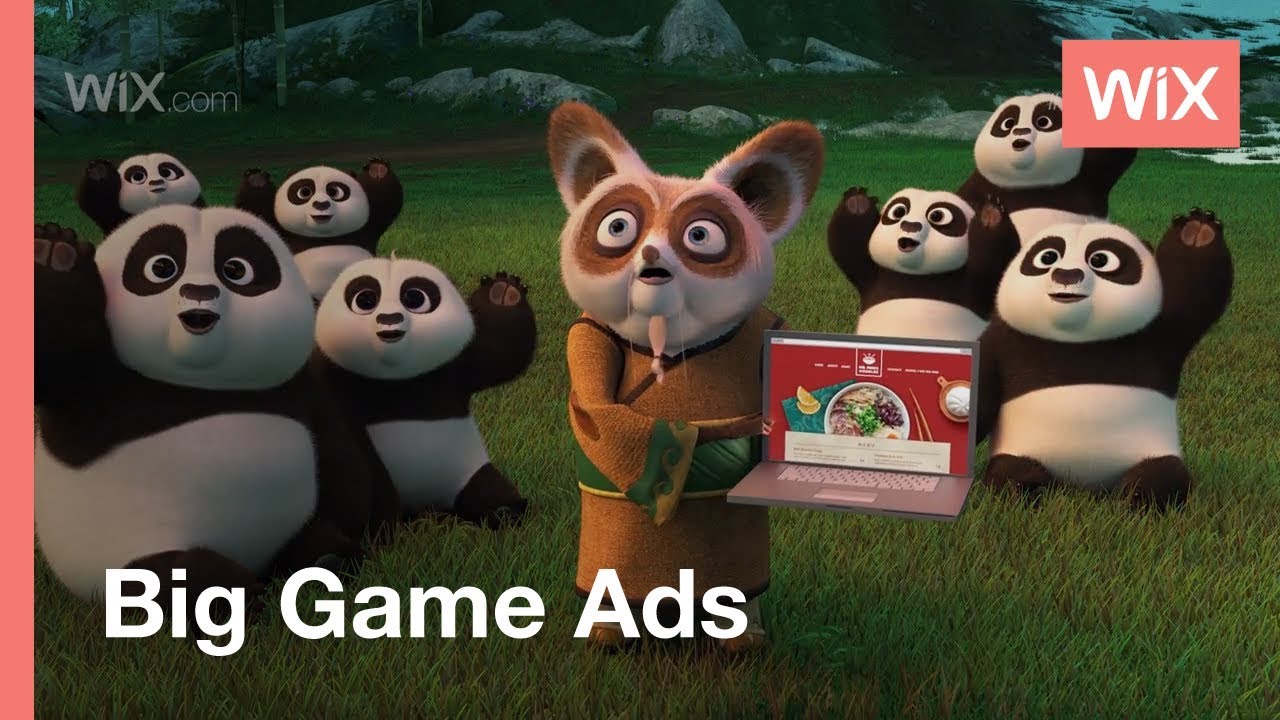