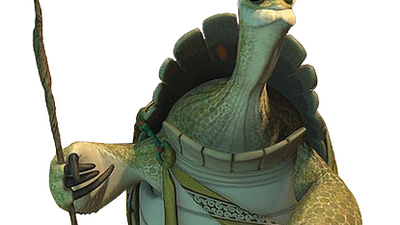 Master Oogway was an elderly tortoise and the previous senior master of the Jade Palace. He is credited as the founder of the Valley of Peace, the creator of kung fu, and the developer of the Dragon Warrior legend. Highly venerated for his wisdom, knowledge, and experience, Oogway was considered... 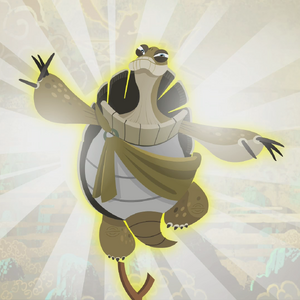 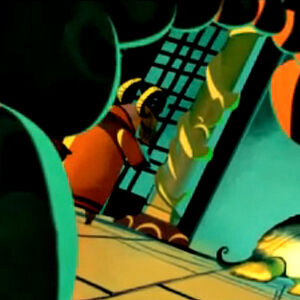 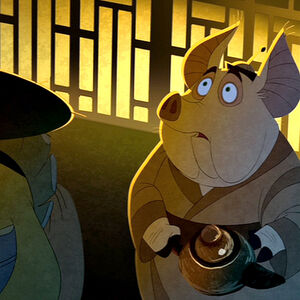 Hey guys! I'm new here, only been here a few days so far, so I thought I'd start a discussion.

We know about Oogway's homeland, the Galapagos Archipelago, as being where he was born, but nothing else. It's never shown, never mentioned, only on the website for the first movie.

Probably no one apart from Oogway fans like myself wonders what the Islands were like, especially during the time of his youth when he still lived there. What was the society like? The culture? The language? Oogway's childhood? Unless Dreamworks makes a prequel about Oogway, we'll probably never know what the Islands were like during Oogway's time.

One thing we do know. Oogway is about a thousand years old. The Galapagos Islands weren't known by the Europeans that long ago. They've only been known for about 400 years or so. For that matter, there are no indigenous humans of the Galapagos Islands as far as we know(although the Incas briefly visited at some point, leaving behind bowls and similar artifacts, indicating a visit but not permanent settlement).

Therefore, we can't replicate Oogway's culture off a real-life Galapagos native culture because there is none. That would make worldbuilding a fictional one rather difficult.

However, we can research real-world cultures close to the Islands for inspiration, using their languages, religion, and lifestyles as inspiration, creating what an indigenous Galapagos culture might've been like if it really existed.

I'm particularly inspired by Disney's Moana, as it reminds me most of the Galapagos Islands out of all the fictional depictions of primitive or native cultures(real or not) that I've seen. Or perhaps it's just because I love Moana so much. Either way, Moana serves as a great inspiration.

I've been wanting to share this with other KFP fans, so let me know what you think! Share your own ideas, your opinions, whatever you have to say!

Although there are still a number of heroic characters in the franchise's story arc that we could spotlight, it's now time to conclude our focus on the franchise's main heroes. And we're going to do it with another popular favorite in the fandom: the infinitely wise Master Oogway!

Today's activity will have another open discussion, but I've decided to change the focus for today. Two reasons for this: (1) it's good to change things up a little so no one gets bored; and (2) although mainly based on individual perspective, there's hardly any questioning of Oogway's motives and qualities that make him purely heroic.

So here's what we're going to do instead today. I've seen Oogway quotes and saying everywhere on the web with KFP fans, and it made me curious which one they liked the best and/or they related to the most. In the spirit of this, I think it would be interesting for everyone to pick your favorite saying/teaching from Oogway and explain why it's your favorite.

Same stuff as before with this kind of activity: feel free to do repeats, add as many as you want, and add an image if you desire. But again, be lenient on them. Look through our Oogway gallery first before uploading a new image.