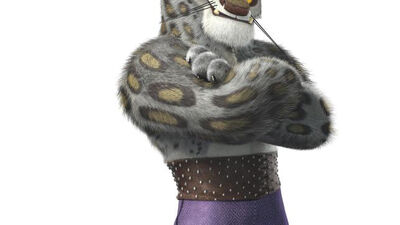 Tai Lung is the main antagonist of Kung Fu Panda. He was the adoptive son and former student of Shifu, as well as a powerful master of the Leopard Style of kung fu. Trained by Shifu at the Jade Palace, Tai Lung was raised under the impression that he was to become the Dragon Warrior. However... 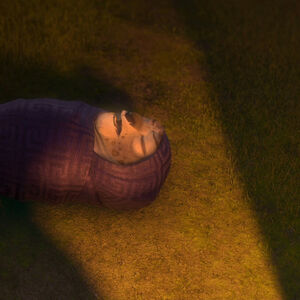 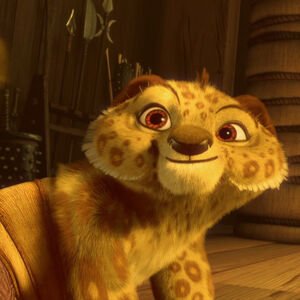 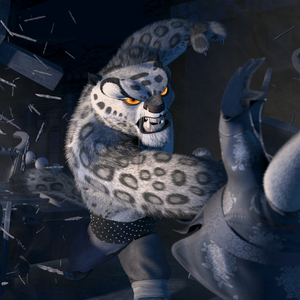 I wonder...... Did Po tire Tai Lung out before finishing him with the Wuxi Finger hold or was it simply that Tai Lung was underestimated Po?

All he did was destroy some stuff in the Valley and then got his jade minions, WHICH WERE KUNG FU MASTERS, rekt by a bunch of wet behind the ears pandas and didn't even put up a good fight with Po. How did Kai manage to beat the Furious Five but couldn't get past a team of ragtag  pandas? What? They hyped up his character by saying he's taken the chi of all the Masters and is now strong as hell but when it comes time to actually fight he gets crushed. Shen completely obliterates this guy in comparison. He managed to get Gongmen City under his complete control, nearly had everyone killed with a cannon and the situation got so bad that the Five and Po were blasted into the water while his warships piled out of the harbor about to go on a conquest!  Kai also fails to have a menacing vibe that Tai Lung and any villian should have. He wasn't threatening AT ALL.  His theme was awesome but besides that this character is a failure as the antagonist and didn't even put up a good fight.

About a week ago, we started our discussion on heroes and villains as part of our event's current theme on the franchise's story arc. Having covered the primary heroes of the franchise, we now transition to the primary villains, starting with the former Kung Fu student, the incarcerated criminal Tai Lung!

We're having another open discussion on him, but in accordance to our current theme, we're also discussing why he's a key villain figure in the franchise. You guys listed some good ideas in the Heroes vs. Villains blog of what makes someone good or evil, so now let's use that information on Tai Lung.

Once again, here are the featured questions (customized to Tai Lung) to help you in your answer:

- Is Tai Lung primarily a hero or a villain?

- What qualities make him this way?

- Is he maybe (villainous/heroic) in some ways? Why or why not?