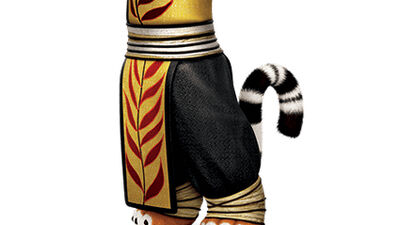 Master Tigress is one of the main supporting characters of the Kung Fu Panda franchise. She is a member of the Furious Five as well as one of Master Shifu's students at the Jade Palace. She is a master of the Tiger Style of kung fu. Tigress first lived at the Bao Gu Orphanage as a cub, where she... 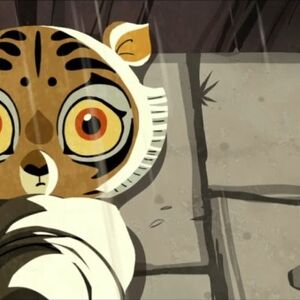 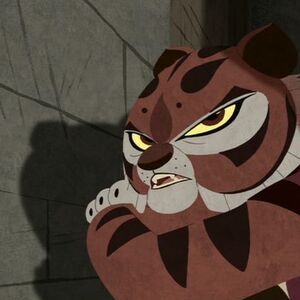 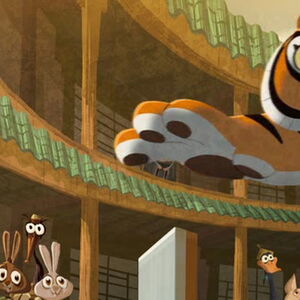 Its the new decade kfp fans, any Hopes for kfp this decade

Tigress is nice and encouraging like daytime talk show host Ellen DeGeneres, cause I imagine tigress being like ellen and having her own talk show what is your opinions

Tigress is a great kfp character but I feel like she has the same disorder that I have cause we both have anger issues and hating on ourselves when we're young but in your opinions do you think tigress has autism.

Hi everyone,well as the title said itself here you can discuss about tigress' real family, biological family, whether you hope to see them ,If you think they are royalty or not ,wether Tigress' has a sibling,what do you think they're role will be and ... I am also one of the people who are thrilled to see her biological family.Also I really hope she has a sibling.Maybe an older brother.I also believe they are royalty.

"... a deeper past / Hides the hushed whispers, / Those that shelter underneath that orange sun, / Behind all the faith / And love and leadership, / Hides the ambition of the greatly-feared one." Oneshot poem tribute to Master Tigress.

Underneath Those Black Stripes, a kung fu panda fanfic | FanFictionwww.fanfiction.net

This is just to show how to post in the new "Fanon" category, featuring my KFP fanfic I wrote back in high school for a class assignment. All I'm doing is creating a new text post (you can also do a link, but I wanted to add some description as well), adding in a relevant title, adding somewhere in the post the link to the fanfic, then clicking "Next", and then next to "Posting in Kung Fu Panda Wiki" selecting "Fanon".

So you know how they did a spin off movie for Puss in Boots from Shrek? Well, it got me thinking. What if they make a Kung Fu Panda spin off movie with Tigress as the main character?

Now don't get me wrong, I like Kung Fu Panda a lot. But one problem I have is that Tigress doesn't seem to get much of a spotlight. I mean, she didn't get to fight until near the end of the first movie. In the second one, she definitely had a bigger role, but didn't get to fight Shen head on. And the third was kind of in between for me. I mean, she did get to fight Kai somewhat, but all she did during the training montage was avoid the little girl Panda. For Legends of Awesomeness, some of the episodes that had Tigress were AWESOME, but I DID NOT like the episode "The Spirit Orbs of Master Ding". I mean, COME ON! It's not fun to see your favorite character get beaten and then get taunted without mercy, especially from Po.

Anyway, I have gone WAY off track. Back with the idea for a spin-off movie: Tigress would be the main character. She ends up finding out something about her past and decides to go on a Journey to discover her heritage. Along the way, she would meet a male Tiger who ends up tagging along. Po, Shifu, and the rest of the Furious Five would end up joining them, and there probably would be a rivalry going between Po and the male Tiger. In the end, Tigress discovers her heritage, what happened to her parents, and ends up coming full circle of who she is. I also had the idea that the male Tiger would be voiced by Chris Pratt (Lego Movie, Guardians of The Galaxy, The Magnificent Seven).

So yeah. Just wanted to get this idea out in the open and see what any of you think of it.

I'd say Po. Ever since KFP 2 he's surpassed everyone in the Furious Five - that includes Tigress - and  in KFP 3 he even surpassed Shifu when he mastered chi. We've only ever seen Po use his full power against enemies and he usually needs and incentive to do so, like his friends being in danger or something, but if that power was directed at Tigress for whatever reason I don't think she'd stand much of a chance. In addition, he can learn new techniques on the fly. As of right now, Po is second only to Oogway when it comes to combat. If he wanted to I bet he could take over China without much of a struggle.