Jack Black Is Retiring, Jumanji: The Next Level May Be His Last MovieMovies

Yeah even though it has its mistakes like Tigress not liking Christmas. Although if it was made the same time as HTTYD: Race to the edge. It would probably better chances of being canon. Do you love How To Train Your Dragon by the way?

@Superwritermaniac I pretty much agree with everything you said. :D

It's possible for a 2020 release, Jack Black hinted at it at one of his recent YouTube videos, I have made prediction videos and so has a very good friend of mine. I'm hoping for it to be the last film. Kill shifu off and Po and Tigress finally become a couple. I hope it's like HTTYD: The Hidden World

A reply to Lee O Brien
2

Well honestly, confirming 6 movies was a terrible idea, they could have planned a trilogy like HTTYD but no, I just want one more to be the conclusion like The Hidden World and we'll have Shifu killed and Po and Tigress a couple.

Yeah it's cool, I can see why you relate to him on an emotional level but I think it'd be cool to see Shifu go the same road Stoick did in HTTYD

I ship TiPo since 2011. I really want a kiss scene and a wedding

Wow! I love your comment honestly and you make some good points. Maybe murdering him is a little too similar to how Stoick died in How To Train Your Dragon 2 but a nice bittersweet death like what Oogway had would be nice. I also think it could happen before Po comes across our new villain, Shifu dies and Po has a lot on his shoulders and that sets the stakes.

I honestly expected Shifu to die in KFP3, However I thought it would happen since Po was becoming the teacher and since Stoick died in How To Train Your Dragon 2. I also think it would've gave Po mature character development and a decent set up for what we could see of Po in the 4th and final film. I honestly hope they do kill him off in the next movie, now look I love Shifu, he's my 3rd favourite character in the franchise but he's getting old and his time has come. I also think it'd give Po good character independence if they kill him off in the 1st act of the movie to give Kung Fu Panda 4 the feeling of HTTYD 3: The Hidden World the way Hiccup was independent. I also think we should see Po become independent.

I think it would give the 4th and final movie a darker tone like the 2nd film. A mixture of light and dark. Same tone as HTTYD 3 but a little darker.

Okay, can you check out my discussion on how Kung Fu Panda 4 could release 2020

^ You make a good point there actually, however I love both of the franchises. What did you think of How To Train Your Dragon 3: The Hidden World

(edited by administrators)
A reply to Lee O Brien
0

I would say How To Train Your Dragon, because everything is so consistent, everything feels connected & the consistency is just outstanding and it has all the things Kung Fu Panda should have, I love both franchises but a little more to HTTYD.

How To Train Your Dragon
Kung Fu Panda

I hope The Furious Five will return and for some TiPo moments.

Season 1 was a letdown to me however if the 4th movie meets expectation and is the final one. I'll be fine with what Paws of Destiny does. I originally expected Season 2 to release April, but I'd say it may release June or July 2019

Jack Black said after Jumanji 2 he'd do KFP4 and that comes out 2019 and that leaves me thinking Panda 4 could come out 2020. I have good feeling it will. Panda 3 released January 2016 and Jack Black was another film before that Goosebumps which was around November 2015. A lot of Google articles are saying 2020 is a safe bet.

However Jack Black said this will be the last one he will do. If Kung Fu Panda 4 is the final one which I hope it is. I hope it's just as good as How To Train Your Dragon: The Hidden World.

Here's my video which I go in a lot of detail: youtu.be/XcnTlOOC1jY 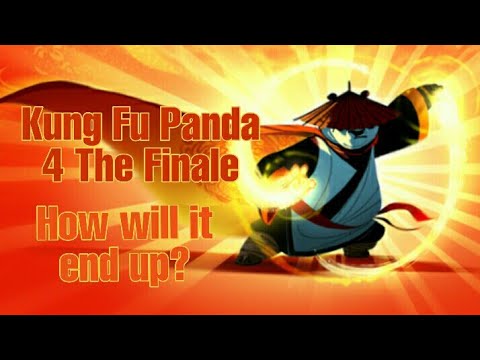 How will the final Kung Fu Panda film end up?YouTube
A reply to Spottedstar
0

Kung Fu Panda The Paws of Destiny, Okay I have a lot to say about it, when I heard about there would be a new series, I was hyped up, but when it was confirmed it would take place after the 3rd film, I was dissapointed because I wanted to know how Tigress got her yellow outfit and how the Master Garden was built, I wanted the HTTYD Race To The Edge for Kung Fu Panda, but unfortunately no :(

Then the trailer dropped and I was hyped to see the trailer, still dissapointed but I was still looking forward to it, But then I decided "Ya know what I'll make a fan film" and I even decided to explain how Shifu got his Green Robe which wasn't shown in Legends of Awesomeness and how Li survived Shen's massacre.

So then the series came out, I was so worried and excited mainly because of The Furious Five (especially Tigress) however when I started it and as it went on. Not only did it make me done with the franchise, It was a HUGE letdown! What were they thinking of removing The Furious Five and Shifu (I know people didn't like LOA but atleast they were there) But there are some positives

I enjoyed seeing Li again but I thought we would finally find out how he survived the massacre but honestly it felt like they were taking the p*** out of the plot hole in the 3rd film. I did enjoy the characters though

I was glad it had some dark moments, not as dark as Ninjago or How To Train Your Dragon Race To The Edge but still up there and the villain Jindao was absolutely fantastic

Animation was absolutely beautiful for a tv show

But it was such a huge letdown, After waiting 3 years since Legends of Awesomeness ended, waiting for some new Kung Fu Panda show, this was the letdown. With How To Train Your Dragon, everything is explained, we know how Stoick got Skullcrusher, how Dragon Racing was invented etc. Kung Fu Panda is nothing in comparason, We don't know how Shifu got his Green Robe, how Li survived, how the Master Garden was built and how Tigress got her yellow outfit. All which I did in my fan film. Right now I'm even more excited for How To Train Your Dragon 3 The Hidden World, which is gonna be Outstanding!

Kung Fu Panda The Paws of Destiny is decent but a HUGE letdown! I give it 6/10

Hopefully if the Furious Five are in Season 2 it'll be a great show but right now.... what a letdown!