I put together an unreleased cue from Kung Fu Panda 2, which is actually just a collection of KFP1 cues and some music I could not identify (probably from the short films). I made synth mockups of those sections by ear in FL Studio. Enjoy. 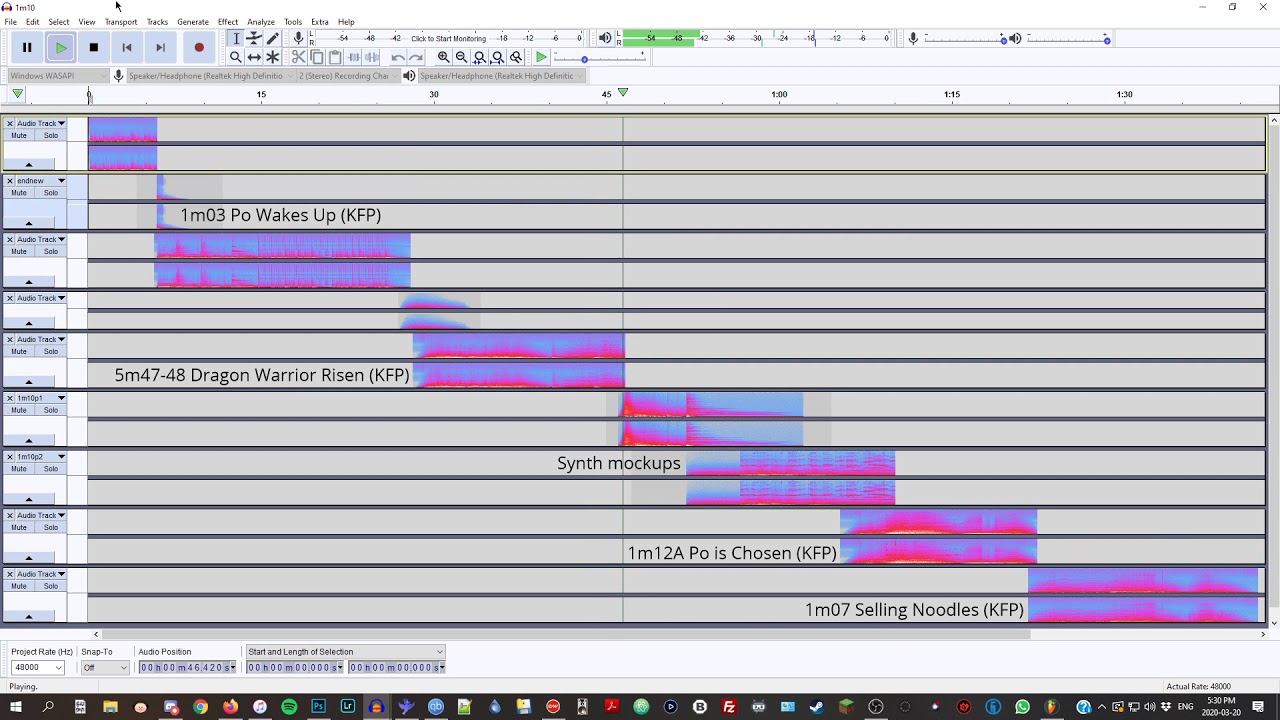 Thank you for all the love and expertise you've brought to this wiki and the Fandom. I know I haven't really been around but it's still nice to see a community here holding itself together. Here's to many more years of Kung Fu Panda!

^ Thanks for the information. Sad there's no commentary. I was hoping there would be an Isolated score, but, that's pushing it a lot.

(edited by administrators)
A reply to Aylamo
6

I still love the secodn film the most for its dark atmosphere and themes. Shen was a great villain, well written. As was the entire film. It explored new emotions that the first film lacked, and did very well because of it.

I got a source who says he can get the 4k master for me. Would be nice to have. But I'll probably end up buying the Blu-Ray anyways :P

Something so dark and evil it will shock the fans to their cores. Something so unprecedanted, a story so demonic, chilling and emontionally traumatizing it will bring new meaning to the universe of Kung Fu Panda.

The trials and tribulations Po will have to face will be his most challenging and unrelenting yet.

Also TiPo finds its way into the movie because the characters have so little left to cling onto except for each other.

^ The scene before the credits shows the pandas and Po in the courtyard below the Jade Palace stairs.

(edited by administrators)
A reply to Spottedstar
0

This film basically confirms that the Wuxi Finger Hold doesn't kill the receiver.

IE. TAI-LUNG IS STILL ALIVE (in the spirit realm)

(edited by administrators)
A reply to Spottedstar
2

I feel like they tried to cram 4 hours of emotional story-driven mechanics into an hour and a half. It was non-stop. I was almost dizzy by the end. I loved it nonetheless, and was a nice companion piece to Kung Fu Panda 2, which is my favourite of the trilogy.

I also feel like the third film acts as more of a filler than a film. It ties up a lot of old plot points but also keeps us entertained until the next installment which (according to the way things go) should have a massive, dark and deep plot.

This film was light and fun, but I am a sucker for the darkness of Kung Fu Panda 2, I hope the next film leans more in that direction ;P

^ Yes, that's what "premier" means! I also saw the premier for The Force Awakens, and Kung Fu Panda 2 back in 2011. Luckily I've made some friends in show-biz.

(edited by administrators)
A reply to Spottedstar
1

Got a chance to head down to Hollywood to witness the whole extravaganza as well as see the film myself.

I can confirm. IT IS GOOD.

Something else I am interested in is the music in the trailers. Usually, they'll take music excerpts from the film and tie those into the scenes used for the trailer, or they'll score a cue designed specifically for the trailer which utilizes popular themes from the franchise.

In the English trailer, the first cue heard in the Kung Fu Panda franchise, from all the way back in the beginning of Kung Fu Panda 1. is present, however heavily edited. Followed by an entirey new cue. However, you can tell that this new cue is heavily cut and edited to fit the trailer, which means it is plausible that is is from the film itself, but more likely not. Then of course, they had to add pop cutlure to the scene with AC/DC.

Now, if we break down the Chinese trailer, there is only one cut, where the cue appears to transition to a later part of the song, which you can hear just before the shipwreck scene. Now, this is interesting. If it had been one complete song, I would gander that it wasn't canon, and was designed solely for the trailer. However, due to this small cut in the music, and the fact that it tailors so well to the trailer, mimicking swells (like the reveal of the bad guy) and action sequences, I am betting that the music featured in the Chinese trailer is new material from the film, which is very, VERY intriguing to me.

I have heard rumors that Hans Zimmer will helming the project alone this time, without John Powell and his fellow RMC composers. While I am ecstatic for this film, I am equally ecstatic for the music that will take us along the journey.

(edited by administrators)
A reply to Spottedstar
0

^ You have to know the right kind of people, have worked in the industry, been an actor in the movie/worked on the movie, or won a pass from somewhere. I am two for four on that, and I didn't win no special pass and I am defintiely not an actor.

(edited by administrators)
A reply to Spottedstar
1

Kung Fu Panda and Star Wars will destroy the box office this coming holiday for sure. Hopefully I'll get invited to an advanced early screening of Kung Fu Panda 3 like I did for the other two movies ;) There is definitely a lot to break down in these two trailers. I think what I am most looking for is the somewhat spiritual jounrey that Po was taking with Oogway, shown in the Chinese trailer.

how about you finish the locations and objects and i'll get the rest done. already started characters so it will be hard to not overlap. also prefer bot flag cause we don't really need these edits showing up to be honest.

You have a good point there. Alright! Sounds good. Teamwork! Yeah!

(edited by Zaralyyth)
A reply to Spottedstar
0
Nerfmaster8 said:
Zaralith said:
The majority it is done. The only pages that need the <div class="gallery-button"> tag are some character, location and object pages I believe.
i do have a bot flag, do you want to finish? i don't mind doing the rest, just a bit busy for now.

I am heading to work now myself. Will continue when I get home.

The majority it is done. The only pages that need the <div class="gallery-button"> tag are some character, location and object pages I believe.

I started changing all the </center> tags for buttons over to <div class="gallery-button">. Starting with season 1 of the TV show seemed like a good place. That is complete, will move onto seasons 2 and 3 tomorrow.

And anyway, there's no longer any need

I am still willing to edit each and every page to have <div class="gallery-button">...