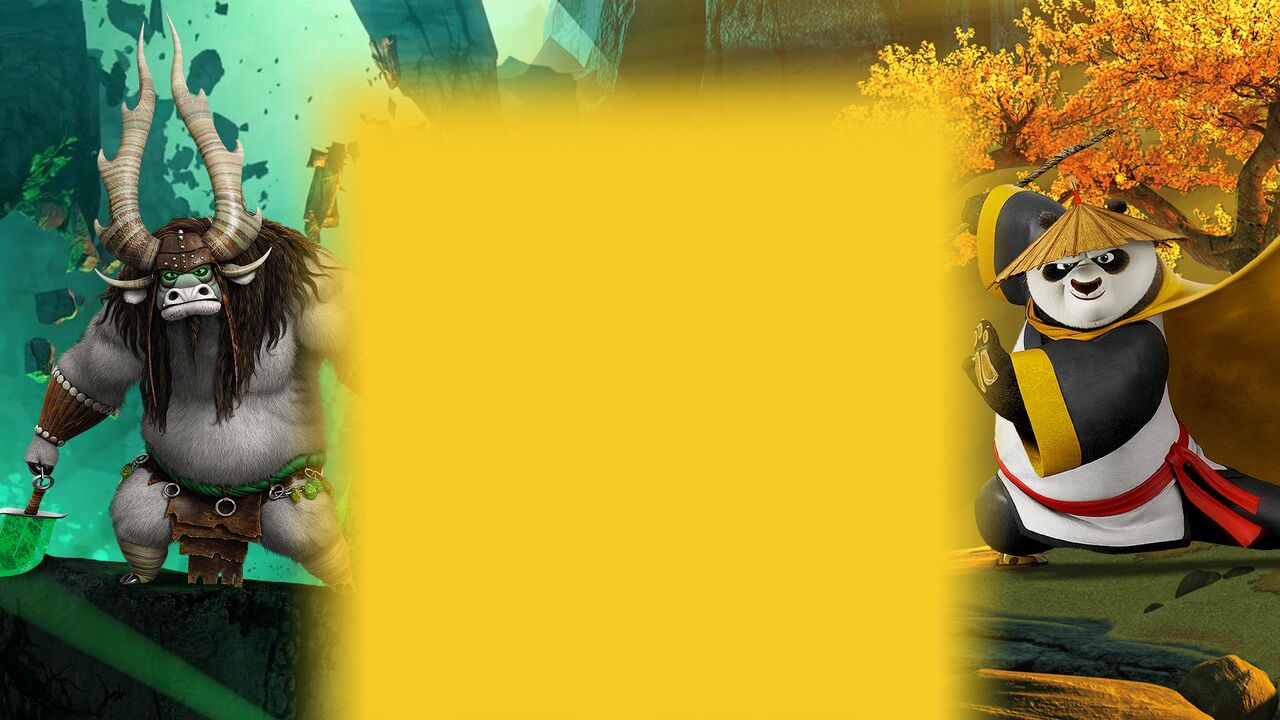 Tigress is one of the main characters and it's also one of my favs! What do you love the most about her? Imo i like her distant, calm and sometimes aggressive behaviour.

So recently i found this post about KFP TDK that it's set to premier on 1st September 2022! have a look:

Because Tai Lung has a nephew, Peng, he must have a sibling. If so, perhaps Tai Lung was sent to Shifu because they envisioned him as the dragon warrior, which Shifu believed in, until he became violent. And his sibling just stayed with his family. Additionally, Peng is a potter, so that must be his family's profession, with Tai Lung the only one doing kung fu. So maybe in the future we might discover Tai Lung's family like we did with Po's? Or at least more of an insight in his history.?

(edited by administrators)
Tai Lung
This post is locked. 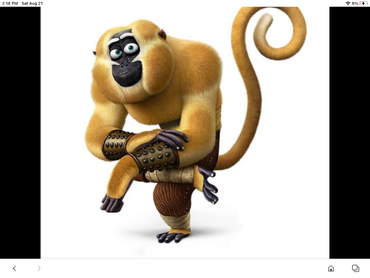 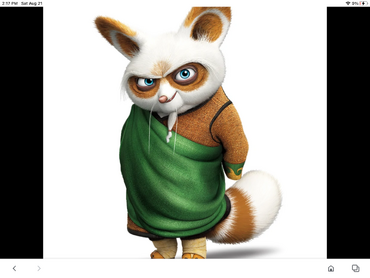 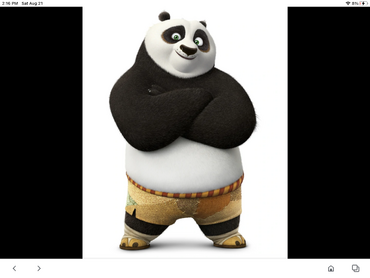 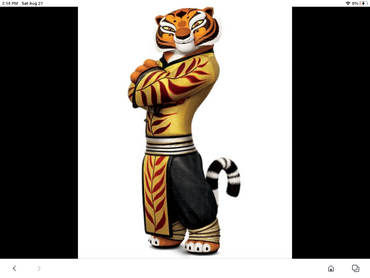 I know it seems weird, but Po is especially one of my best favorite characters and also love to see him use his belly in battle like he did with Tai Long unlike all other fat characters.

From the Legends of Awesomeness where the Furious Five potected the Valley of Peace for thousands of years which means there were many Fives before.

Or from the "Secret of The Scroll" where the Furious Five was founded only after Tigress met her new friends which means they are the first Furious Five?

Kung Fu Panda: Legends of AwesomenessSecrets of the ScrollFurious Five

If there was a Kung Fu Panda Game that acts like a Arena Fighter, then what character do you want to see?

One thing always drives me nuts whenever I watch "Secrets of the scroll" : 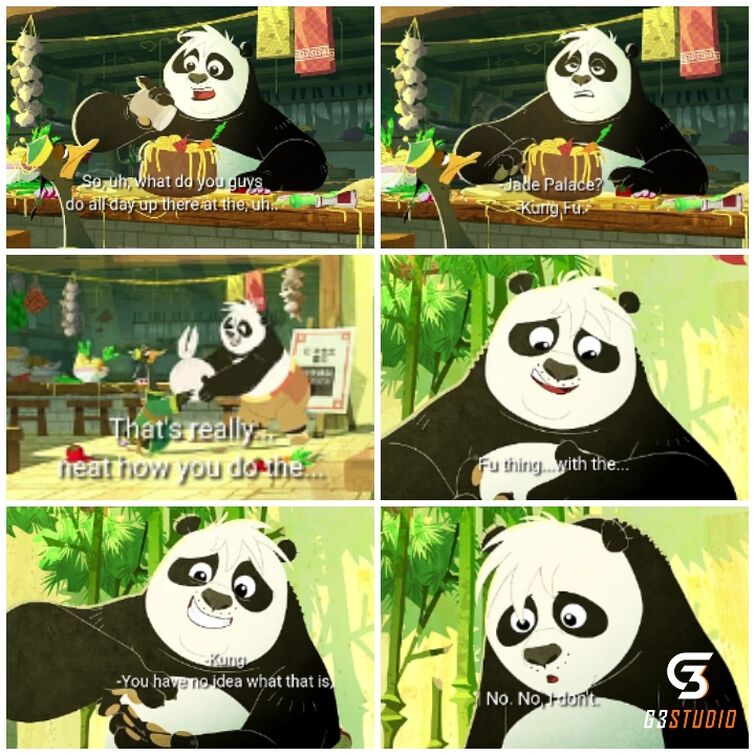 How is that possible Po doesn't know what kung fu is? He lives just underneath the Palace where two legendary masters live, one of them is the creator of kung fu himself. Valley of Peace is kind of known only because there is Jade Palace in it. It's like you would live in Los Angeles (next to the Hollywood sign) not knowing what Hollywood is.

Besides, the masters protect the village and its inhabitants, not hearing about them is like... impossible.

Po acts like the Palace was built last week. During his all life (how old is he at that time? 16?) he haven't heard a word about it? He even has got difficulties with saying "Jade Palace" without stumbling.

(edited by administrators)
PoSecrets of the Scroll

I just rewatched secrets of the masters and I have a cognitive dissonance.

As you can probably remember Po, Tigress and Mantis broke into the Masters' Council exhibit. And one thing intrigues me. Where is this exhibition? Becasue the design of the place is extremely resembling to the Jade Palace's, especially with the columns with dragon carvings. That is what I used to think as a kid when I would watch this film - it is simply in the Palace. This is what the wiki says as well

However, as you might remember, the opening sequence of the film is Po, Tigress and Mantis doing some parkour in the village. In the village. Last time I checked, the Palace was located on a mountain, not in the centre of the village. 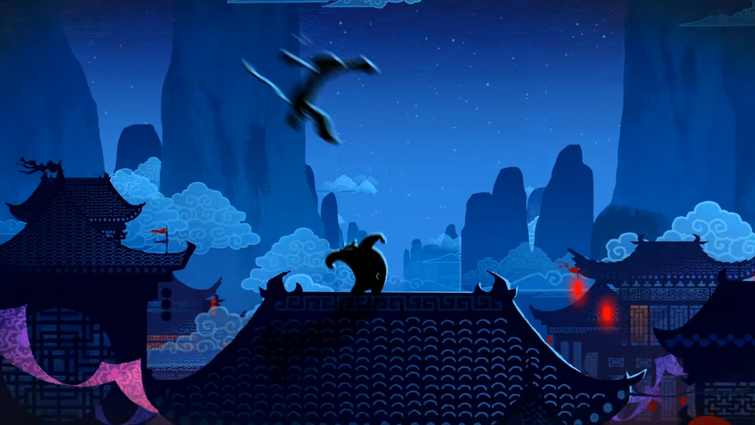 Doesn't look like a Jade Palace's roof at all.

Besides, if the exhibition is situated in the Palace, the Five would definietely know about it, wouldn't they? But both Tigress and Mantis act like they had no idea about any exhibit.

(edited by administrators)
Secrets of the Masters

Hello folks. I am a fellow guy who enjoys this franchise. I want to ask friendly questions. What do you guys love the most about the kung fu panda franchise what appeals to you the most who are your favorite characters what lessons do you learn from it and what’s your favorite film

As far as I know, there are no clues what Dragon Knight will be. But the title itself really stimulates my imagination. I'm very curious what do you think it can possibly be about? Or in other words, what do you want it to be about? 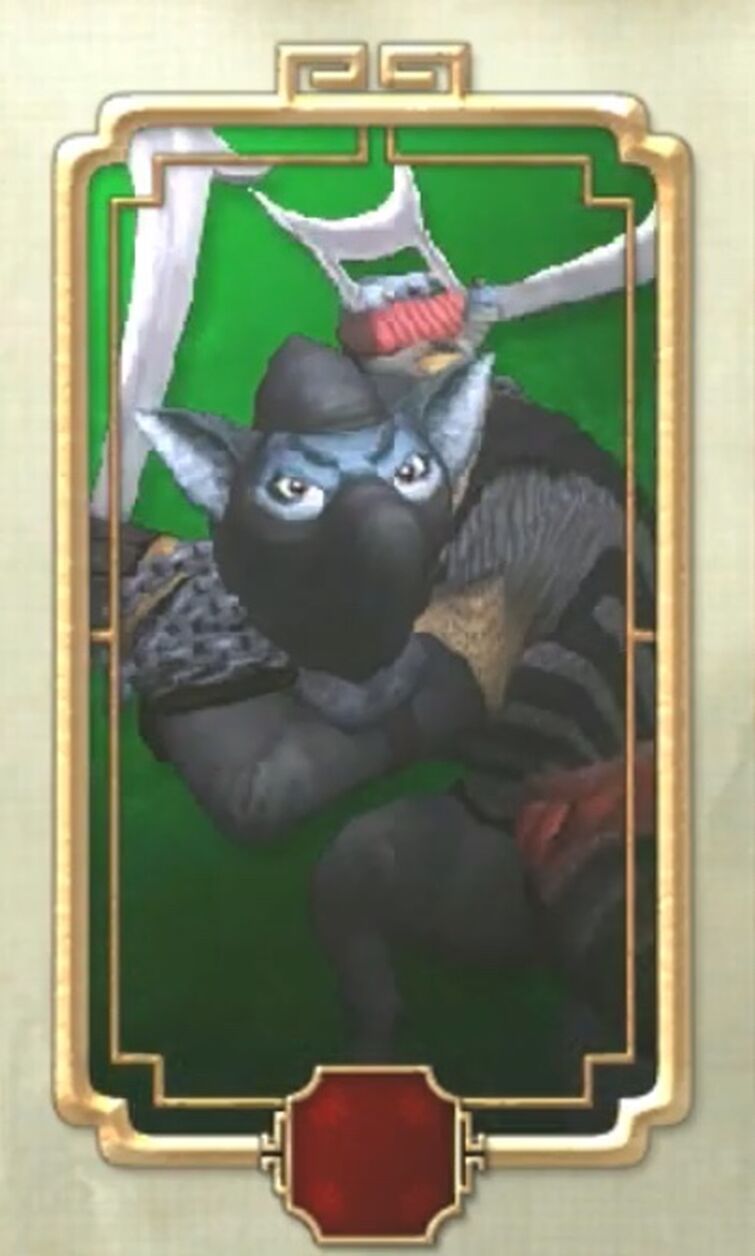 Ah yes, Wolf Slasher. Though he may be totally generic. He is quite Awesome with his sense of combat. Using his swords and ninjutsu he also has some bit of Kung Fu into him. If only he was in a Spin Off Game, or a Spin Off Comic, that is based on the Dragon Warrior's AWESOME Adventures!.

I just watched kung fu panda 3 again and had a question. Why aren't Shen and Tai lung Jombies in the movie? Tai lung is seen as an amulet but Shen is nowhere to be seen.

(edited by administrators)
LidongKung Fu Panda: Legends of Awesomeness
This post is locked. 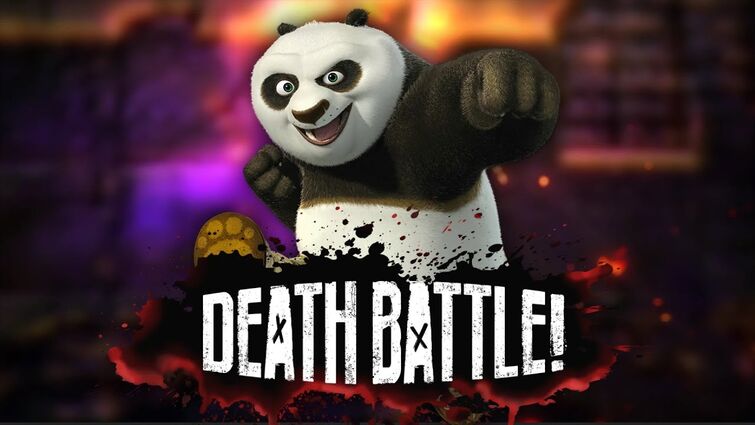 You really need to check it out! The best part they mentioned shows like Legends of Awesomeness and Paws of Destiny

Like I said in the previous post. let me know if there are are other techniques that are missing in Po's Wiki

Rooster Teeth was famous for shows like RWBY and Red VS Blue. But Deathbattle is mostly popular on YouTube

While I was just checking videos from the channel Death Battle in the last part of the Iron Fist video Po is going to be part of Death Battle. Watch the video end. 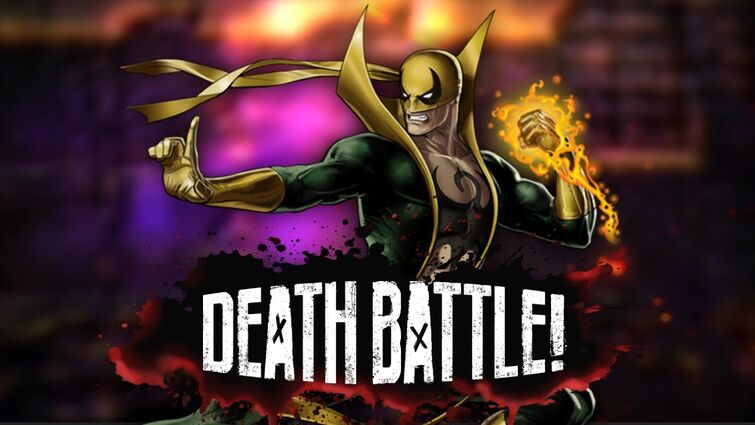 Iron Fist Has the Heart of the Dragon in DEATH BATTLE!YouTube

We mostly know moves in movies like the Wuxi Finger Hold. But there are other moves that were seen in tv shows like the Silken Moon Touch from Legends of Awesomeness. And Po's full dragon form in Paws of Destiny. Aside from Kung Fu Panda 3.

If there are some missing abilities and fighting styles of let me know in the comments. Because wiki fandom has a lot of stubs.

An example is that he invented Dizzy Kung Fu which is (or may be) an alternative to Drunken Kung Fu.

We need to be grateful Tigress exists...

So I was sitting in my room today, totally not thinking about Kung Fu Panda *ahem*. And of course my girl Tigress (a goddess; change my mind). I then realized something that I guess I never saw in this light...

Tigress is the reason these stories exist, or as I call it, Po's tale.

Because of her, The furious five happened. She left because SHE was determined to make Shifu proud (secrets of the scroll).

Because of her, Po discovered his dream. Her brave decision to face Boar led to the furious five unlocking their potential.

Because of her, Po would have otherwise ended up a noodle waiter for the rest of his life. He surely would have been miserable.

Because of her the five were motivated enough, which then inspired Po. If he never saw that battle, her courage and her fierce display; that fanboy spark in Po that we all love would have been dormant forever.

And because of her, hundreds of lives were saved because he became the Dragon Warrior.

And yeah I know it was his note she found and all that, but still...pretty cool Dreamworks.

Also if that ain't romance then what is TIPO FOREVER YOOOO