Boss Wolf: “It's almost done, Lord Shen. But we've run out of metal.”

Shen: “Search the farthest villages. Find more metal! China will be mine...”

—The command for the village raid

Boss Wolf and his pack were robbing the metal of the Musicians' Village to use for Lord Shen's cannons (including a large bell with a terrified pig trapped inside it, unknown to the wolves) when Po and the Furious Five leaped onto the scene. When he learned from the ecstatic villagers that Po was the Dragon Warrior, Boss Wolf said, "A panda? That's impossible!" Unknown to Po at the time, he said this because he and his wolves had supposedly neutralized the threat of the pandas over twenty years ago.[1] 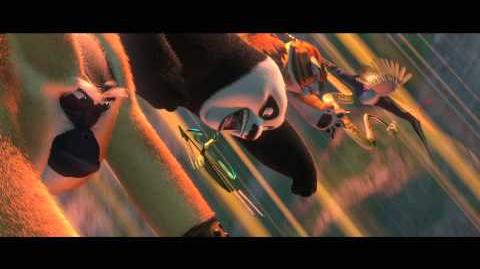 Retrieved from "https://kungfupanda.fandom.com/wiki/Battle_of_Artisan_Village?oldid=93500"
Community content is available under CC-BY-SA unless otherwise noted.