watch 01:56
The Loop (Movies)
Do you like this video?
Play Sound

"The Spirit Orbs of Master Ding"

Ding used to be a kung fu student who had a mental focus unlike any other. Oogway saw his talent in magic arts and sent him to study with some monks atop of Mugu Mountain, but Ding was impatient and turned on his teachers, hypnotizing them with his spirit orbs and using pure focus to drive them to their demise by making them jump off a cliff. Ding began mentally attacking people with his orbs, but before he could control the Valley of Peace, the Jade Palace masters ended his reign of terror. They imprisoned him in a castle on the mountain for life. Soon afterwards the orbs were confiscated and were locked up in the Jade Palace. Without the orbs, Ding was powerless and according to legend after passing away his angry ghost was still trapped inside the castle. Years passed and Ding was forgotten.[1]

Po and Tigress accidentally released the Orbs that head to Ding's prison. After getting there, they end up dealing with Master Ding's ghost who gives them a hard time. Ding possesses Po's body to regain a physical form and then exits his prison. Soon though, Tigress gains control of the spirit orbs (much to Ding's dismay) and uses them to enter Po's mind to fight Ding. Po and Tigress are finally able to exorcise Ding's spirit from Po's consciousness. Tigress puts the orbs back and tells Po she is sorry, indicating they both have different strengths.[1]

Ding was once a kung fu student who may have been a good guy, but he eventually became impatient with his teachers and turned evil. In the present, he is shown to be very vile, cruel, wicked, ruthless, cunning, seductive, traitorous, manipulative, influential, villainous, and arrogant.[1]

Ding's fighting style is mostly the use of mystic powers and telekinesis through great focus allowing him to manipulate the orbs at will and attack from a great distance using them.[1]

During Ding's rampage it was Oogway and the 1st furious five that battled and defeated Ding by making him lose focus with his meditation orbs, he tries to seek revenge on them but with Oogway's departure and most of the original five replaced he decided to make "what was available" pay instead.[1]

He wears a yellow robe with red trimming, and a metal headpiece. 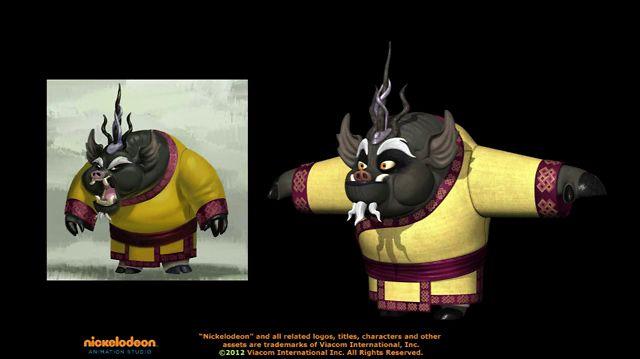 Master Ding
Add a caption!
Add a file to this gallery
View more...

Retrieved from "https://kungfupanda.fandom.com/wiki/Ding?oldid=114097"
Community content is available under CC-BY-SA unless otherwise noted.