Journey to the East

"Journey to the East" is the fourteenth episode from season one of Kung Fu Panda: The Paws of Destiny.

Feeling a little bored with their new hero life, Po and the kids are excited to accept an important invitation to the Forbidden City. Meanwhile, there's a curious disturbance deep in Panda Village...[1]

* Ordered as they appear in the episode's credits. 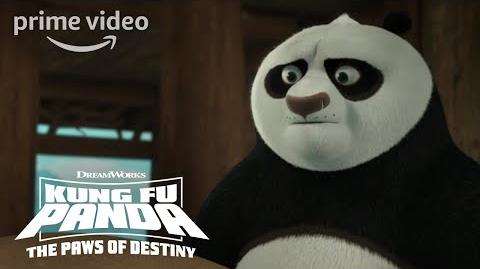 Retrieved from "https://kungfupanda.fandom.com/wiki/Journey_to_the_East?oldid=107531"
Community content is available under CC-BY-SA unless otherwise noted.