Secrets of the Masters (briefly mentioned)

The Kung Fu Council (also known as the Masters' Council[1]) is a group of renowned kung fu masters. The Council resides in and protects the peaceful metropolis of Gongmen City.[2][3]

The Kung Fu Council was officially organized after the Peacocks banished their son Shen from Gongmen City, which occurred presumably over twenty years prior to the events of the second film. Already renowned for their legendary heroics, Master Thundering Rhino (son of legendary Flying Rhino), along with Masters Storming Ox (his star pupil) and Croc, formed the Council and became stewards over the city.[1] The Council was led by Thundering Rhino.[3]

In the alternate backstory of the masters, Po stated that after their victory over the Wu Sisters, the path Master Oogway set the warriors on eventually led them to Gongmen City, where they formed the council.[4]

The Kung Fu Council protected Gongmen City from danger, with Thundering Rhino, Storming Ox, and Croc inhabiting the Tower of the Sacred Flame, governing the city in place of the Peacock family.

One day, these three masters were sparring in the palace courtyard when they were surprised by the return of Lord Shen, the exiled heir to the throne. Shen demanded that they leave the palace, but Thundering Rhino and his allies made their determination to protect their city clear. However, in the battle that followed, Storming Ox and Croc were defeated by the vengeful peacock while Thundering Rhino was killed by one of Shen's cannons. The loss of their master and friend made Storming Ox and Croc lose faith in kung fu, and they surrendered when Shen threatened to turn his weapons on the city.

Storming Ox and Croc were subsequently imprisoned in Gongmen Jail, and remained there for many days until Po and the Furious Five arrived to free them and join forces in order to stop Shen's takeover of the city. However, when they arrived to break Ox and Croc out, the two masters refused to leave, stating that Shen's weapon was unstoppable, and that kung fu was dead.

They continued to live their incarceration until Master Shifu arrived. With his persuasion, they eventually rose to save their city and all of China, and fought alongside Po, the Furious Five, and Shifu, with their efforts eventually ending in victory.

While it can be assumed that Storming Ox and Croc returned to their positions in the Kung Fu Council after Shen's defeat, it is unknown who became leader in Thundering Rhino's place after his death. 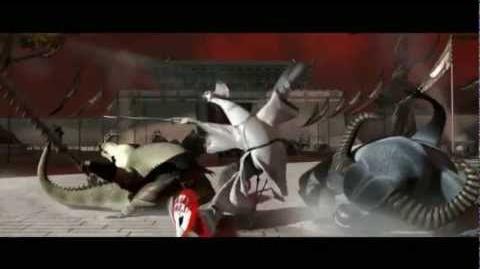 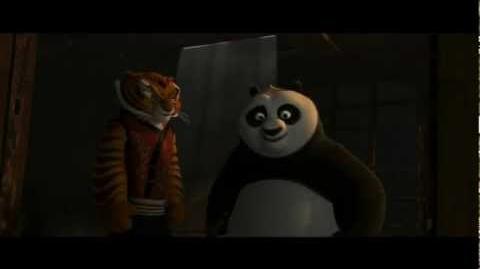