Game boxart on the Wii

The narrator narrates about the Valley of Peace, which was guarded under the watchful eye of Po (the Dragon Warrior) and the Furious Five (Crane, Monkey, Viper, Mantis, and Tigress). Meanwhile, Tai Lung plans to get revenge after the day he was defeated by Po by capturing the Dragon Warrior and the Furious Five. He gains access to a secret weapon, which will give him super strength. He orders the Black Moon Scavenger Clan (a clan of rats), along with other villains to capture enough villagers to power the machine. The game then starts with whoever the player is playing (Monkey, Tigress, Po, Shifu) training in the Training Hall at the Jade Palace.

After their training, a rabbit tells them that the Scavenger Clan has arrived. The Player then goes to the front entrance of the Jade Palace arena, and finds the Black Moon Scavenger Clan led by the Rat Boss and the Player fights some of the rats. The player then uses the rocket chair to blast off into the arena and fights the Rat Boss and his rats.

The player is then instructed to go to the Wu Dang Mountains to save a villager of the Valley of Peace and fight the Yak and his fellow Hoof Clan members. After the Hoof Clan's defeat, the rabbit cage then tumbles down the cliff with the player following it save the villager inside. The player then defeats the Great General Ox, and is sent to the Old Temple Grounds where the Baboon Boss and his servants, instructed by Tai Lung, have taken Mantis hostage.

After the gorilla's defeat inside the prison, the player then is instructed to head back to the Valley of Peace to rescue Crane from the Wu Sisters.

Tai Lung plans revenge to capture the Furious Five after the day he was defeated by Po. Whoever the player is playing as (Po and Tigress) they start training in the Valley of Peace. After their training, the Player then goes to the front entrance of the village.

The player arrives and rescue Viper from the Wu Sisters.

After their defeat, Mantis is there and the player journeys to rescue Monkey from Great General Ox.

When the player arrives at the arena for the final battle, the player rescues Crane. The player then fights Tai Lung and defeats him.

"Po and the Furious Five are back for more awesomeness in an all-new kung fu adventure on the Nintendo Wii and DS! Play the next chapter in the legend of Po, the new Dragon Warrior, as you battle the vengeful Tai Lung, who is trying to capture the Furious Five. It's up to you and your friends to save them."[1]

The game received mixed to negative reviews. On Metacritic, the game received a score of 57. Media website Cinema Blend ran a negative review by Andy Keener, who labeled the game "boring and tiresome". He also stated, "Your characters never get better, but the enemies get stronger. The levels never feature anything of note; they could be blank white rooms with no doors and the gameplay would be exactly the same."[2]

Po in the Wii version

Cutscene of Mantis in the Wii version

Tigress fighting a wolf in the DS version
View more... 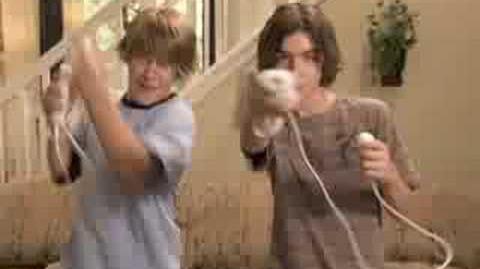