From the game publishers:

It is an age of Kung Fu heroes, warriors, and best of all, LEGENDARY LEGENDS! Fight it out alongside Po, Tigress, Monkey, Tai Lung, Master Shifu, and all of your favorite Kung Fu Panda characters to compete in the Showdown of Legendary Legends. Up to four players brawl in icon[ic] locations throughout the Valley of Peace and beyond. Compete in an epic [t]ournament where all Kung Fu warriors contend for honor and glory. Showdown of Legendary Legends will have a wide assortment of modes available for single and multiplayer. All multiplayer modes will include options for both local and online play.[3]

From a press release:

Calling all Kung Fu warriors, panda pugilists and noodle connoisseurs! Worldwide video game publisher Little Orbit announced today that lovable martial arts panda bear, Po, and his many friends and adversaries in the Valley of Peace will face off in the ultimate martial arts challenge... the first-ever Kung Fu Panda: Showdown of Legendary Legends! Fans of this bodacious franchise will soon be able to enjoy all the high-flying, quick-kicking, head-spinning, Kung Fu action this Fall on PlayStation 4®, Xbox One™, PlayStation 3®, Xbox 360®, Nintendo Wii U®, Nintendo 3DS™ and Steam (PC).

Developed by Vicious Cycle, Kung Fu Panda: Showdown of Legendary Legends will bring fans a fresh and fist-pumping way to experience DreamWorks Animation's beloved franchise with explosive, fast-as-lightning action! With a variety of challenging local and online multiplayer levels, familiar film locations and 20 playable fan-favorite Kung Fu Panda characters, the game will appeal to gamers who like their brawler games served up with a side of laughter.

[...] Spanning across the cast of all three films, the game will be centered on an epic tournament where all warriors compete for glory.[4]

On May 4, 2015, the game was first announced by game publisher Little Orbit via press release and social media. In the press release, it was revealed that the game is a single-player and multiplayer (both local and online) brawler game that will contain various characters and levels designed after those seen in the Kung Fu Panda films. In addition, new content will be added to the game following the release of Kung Fu Panda 3.[4]

These characters appear briefly to attack the player's opponent:

The game features a total of fifteen locations from the franchise, with twelve available at the game's launch and the last three available after the release of Kung Fu Panda 3.[3]

Each location is designed after one of these environments:[3]

In alphabetical order by first name, as organized in the game's credits.

The game was released on December 1, 2015 in North America on PlayStation 4, PlayStation 3, Xbox One, Xbox 360, Nintendo 3DS, and Steam, with the Wii U version available through the Wii U's eShop for download [2], and the retail (presumably) scheduled to release on December 15.[1] It released in Europe and Australia in March 2016[source?]. 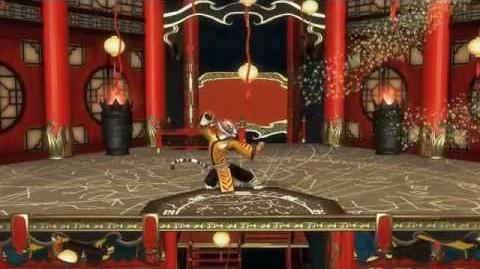 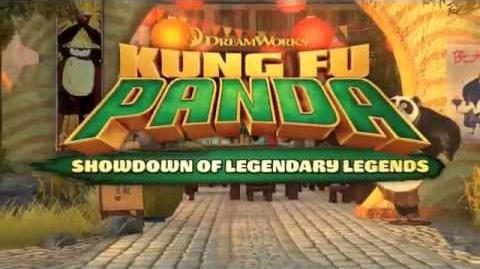 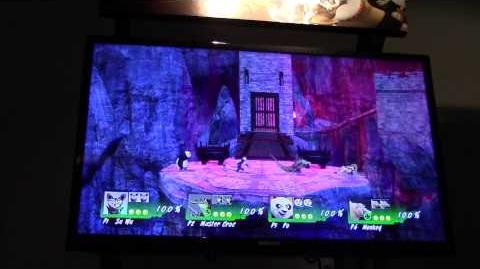