Kung Fu Panda 2: The Game is a video game loosely based on the film of the same name. The game was released on May 24, 2011[1] in North America.

Kung Fu is at risk of being gone forever! In an original story, players are plunged into the video game after the movie ends. At the summons of the Kung Fu Council, comprised of Masters Shifu, Croc, and Ox, players must help Po and the Furious Five defeat looting wolves, powerful gorillas, and clans of sneaky komodo dragons, all in the name of Kung Fu![2]

Before the game starts, Po (who is now the Dragon Warrior and a well-trained Kung Fu master) has a short Kung Fu tutorial with the players, teaching the player some basic moves, like punching and kicking. Then the story of the game starts.

The story of the game happens after the events of the movie of the same name. After defeating Lord Shen, Po, the rest of the Furious Five, and the villagers celebrate. However, remnants of Shen's army arrive, create chaos, and capture various villagers. It is revealed that two komodo dragon mercenaries planned to use Shen's thugs to distract Po and the Five, and with them out of the way, they plan to take over Gongmen City. Shifu holds a meeting with Master Storming Ox and Master Croc.

For uDraw GameTablet and Wii

Unlike the first game, the Kung Fu Panda 2 video game received generally mixed reviews from critics. Metacritic calculated a score of 50 out of 100 for the Xbox 360 version based on 18 reviews.[4] It did a little bit better in the reception department for the DS version, scoring a rating of 59.[source?] The game fared worse with a rating of 31/100 for the PS3 version from 7 critics.[source?] On GameSpot, the game received an even negative rating score, receiving only 3.5 out of 10 points.[source?] The game received a slightly more positive score on IGN, receiving 6.5 out 10 points.[source?] However, IGN gave the PlayStation 3 version of the game a negative score, giving it only 3.5 points. [5] 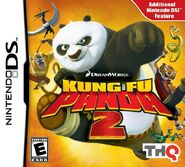 Screenshot from the Wii
View more... 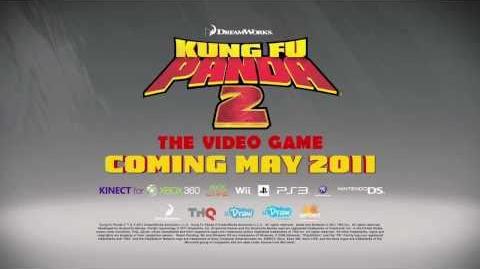