Po's favorite holiday is the Winter Feast. Every year he and his father hang decorations, cook together all day, and serve noodle soup to a happy crowd of villagers. But this year, Shifu informs Po that as Dragon Warrior, it is his duty to host the highly formal Winter Feast at the Jade Palace. Po is caught between his obligations as the Dragon Warrior and his family traditions, between Shifu and Mr. Ping. As the holiday preparations escalate, Po finds it impossible to please both of them. In the end, Po follows his heart, showing both Shifu and Mr. Ping the true meaning of tradition, community and family.[3]

Mr. Ping had his cherished "noodle dream" in which he and his son Po made an incredibly delicious noodle soup and served it to a rabbit customer. But suddenly, it turned into a "noodle nightmare" with the appearance of an incredibly large version of Tai Lung. Just as it appeared Tai Lung was unstoppable, Po managed to defeat the snow leopard once again, but left his father, stating that evil never takes a holiday and neither does he. As he pleaded with his son not to leave, Mr. Ping's oven came alive and snatched him into its mouth. Mr. Ping suddenly woke up, crying out in anguish. Hearing him, Po burst into his room, and a panicky Mr. Ping explained his dream. Po assured his father that it was only a dream, and that he wasn't going anywhere.

That same morning, Po came across the sun-lantern he made when he was a cub. He and Mr. Ping talked about their anticipations for the coming Winter Festival and all the festivities they were looking forward to having, such as decorating, dancing, and playing games. Shifu soon appeared in the restaurant and assigned Po the task of hosting the annual Winter Feast at the Jade Palace, a highly ritualized formal occasion exclusively for the masters of kung fu. After commenting that the palace feast was not an event for "common traditions", Po quickly dropped his enthusiasm of celebrating in his usual ways, which disappointed Mr. Ping as he overheard.

A pig then informed Po that a group of bandits were attacking the Valley at a bridge. Po joined up with the Furious Five to fight off the bandits, and in the midst of the battle informed them about being the host of the feast, which stunned both them and the bandits they were fighting. Though Tigress offered the Fives' assistance, Po declined, thinking that he could handle the preparations on his own. He was soon tasked by Shifu to learn a variety of traditional gestures, and to tend to other many responsibilities. During this, Po was also given the unwanted news that he couldn't bring his father to the palace feast, as no guests were allowed.

To solve this, Po proceeded to reject all of the cooks trying out for the position of chef for the Winter Feast (after accidentally dismissing a rabbit chef named Wo Hop with the "Hun Shu Wave of Dismissal"), and instead he offered the job to his father, presenting him with the Golden Ladle with the hope that the two could spend the holiday together. Though at first elated, Mr. Ping was adamant that he must stay at his restaurant during the holiday and refused the job. After briefly arguing with Po about his choice to be at the Jade Palace feast instead of being with him, Po asked him what he should do, to which the goose told him he expected him to do the right thing, and handed him the sun lantern he'd made as a cub before walking away.

Guilt-ridden, Po struggled to cook for the banquet himself, and was soon overwhelmed by the myriad of responsibilities, further complicated by the interference of Wo Hop, who had decided to fight Po in attempts to restore his honor by means of his own demise. As Po sulked about failing in all of his duties to prepare for the feast, a comment from Wo Hop inspired him to enlist the help of the Furious Five. He also conditioned Wo Hop to help him in the kitchen for any chance of considering his "death with honor".

After working tirelessly with the Five and Wo Hop, the preparations were later completed. However, Po noticed the lack of flaked jasmine and set out to get some in the village. During his trip, he gazed in awe at the display of lanterns and decorations on the houses in the neighborhood, and paused morosely as he witnessed the fun of families and friends together for the holiday. Soon after, Po returned to the Jade Palace and was seated with Shifu, the Five, and the guests, which were comprised of the masters of all twenty-nine schools of kung fu. Shifu praised Po for making the perfect feast; however, Po, distracted by the sun-lantern he held, was unable to enjoy the event, and explained how he was honored to be in the presence of the masters, but added that he'd always celebrated the holiday at home with his father. After saying that he'd like to be a good host, but had to leave to be a good son, the panda excused himself and left the palace, much to Shifu's dismay.

Once together, Mr. Ping was happy to see that Po had come after all, and apologized to his son for making him feel guilty. Afterward the two prepared their food, working together with polished skill to make the informal dinner a success to the cheers of the customers. Soon, the Furious Five and all the visiting masters, moved by Po's loyalty, arrived to participate in the festivities with the townsfolk. In addition, Po stopped Wo Hop from yet another attack and bestowed upon him the Golden Ladle, restoring his honor to him with the gift.

Eventually, Shifu, mortified by Po's ruining of the "perfect" banquet, arrived at Mr. Ping's restaurant. After watching the happy setting inside, he realized that Po had created his own perfect feast with his father and friends. Shifu turned to depart, only for Po to offer him to join the celebration. Though reluctant at first, Po assured the master that he was part of his family as well, and the two entered the noodle shop, joining Mr. Ping, the Five, and Wo Hop as they enjoyed the feast and gathered for a group portrait.

The special first aired on NBC November 24, 2010,[1] paired alongside an encore showing of Merry Madagascar. It aired the following year on December 13, 2011.

The special's DVD and Blu-ray release was originally scheduled for the 2011 holiday season. However, it was later released on November 6, 2012.[4][2] In Australia and the UK, it was marketed under the region-modified title Kung Fu Panda: Po's Winter Wonderland, which was released on November 11 and November 19, 2012 respectively.[source?]

The special was re-released on DVD on October 1, 2013 along with Shrek the Halls, Merry Madagascar, Dragons: Gift of the Night Fury, and The Croods.[source?]

The special's premiere broadcast drew 5.925 million viewers[5] and was very well-received. On the special's review on Common Sense Media, Emily Ashby praised its positive messages and role models, in which Po "learns that listening to your heart is the best way to make the right decision, and his choice inspires others to do the same."[6]

Concept storyboard #6
Add a file to this gallery
View more... 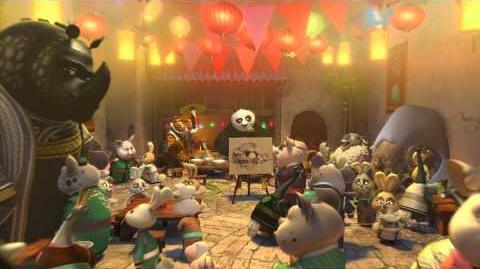 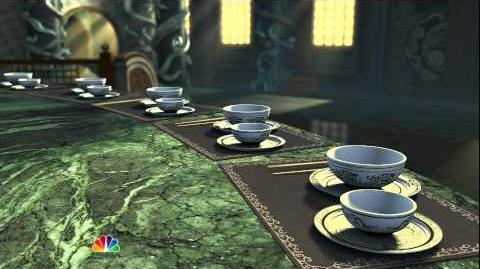 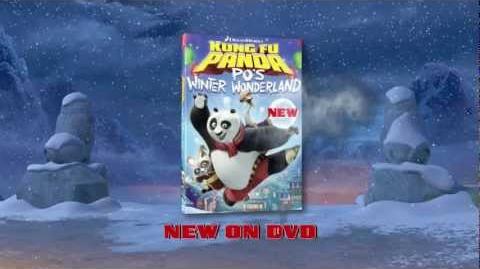 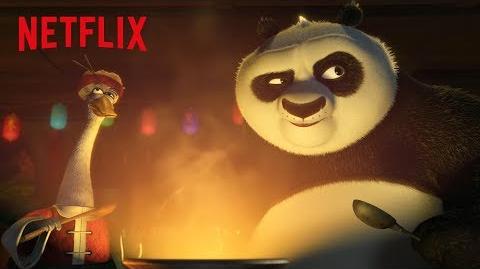 Retrieved from "https://kungfupanda.fandom.com/wiki/Kung_Fu_Panda_Holiday?oldid=110245"
Community content is available under CC-BY-SA unless otherwise noted.