Kung Fu Panda World was an MMORPG designed for targeting children ages 8 to 12-year-olds that was developed by DreamWorks Animation.[1] By using kung fu style-based characters as avatars, players participated in a range of online games and activities in a virtual world featuring places from Kung Fu Panda. With a reported two and a half years of work and an investment of about $10 million,[1] Kung Fu Panda World was launched and made available to the public on April 12, 2010.

At present time, the game has been discontinued and removed, though no reason was ever specified.

In Kung Fu Panda World, the player can communicate with other players, play in-world mini-games (called "Chi-Games" on the site) and explore the virtual world of kung fu. The more points the player scores, the higher levels they gain and are rewarded with new sash levels, in-game virtual money, unlockable mini-games, battling cards, and new avatar clothing. Players earn points by completing and achieving the many mini-games in the Valley of Peace. However, non-members face limits to some of these gameplay features; for example, there are twenty-one sashes in the game world, but non-members are restricted to only reaching up to the green-colored sash #5.[2]

DreamWorks Animation took special care to ease parents' concerns of their child's involvement in this virtual online world. The site's FAQ outlines the importance of online safety by listing the "five pillars of online safety" for Kung Fu Panda World:[2]

The game could be sampled for free for a day by viewing a short ad provided by a DreamWorks-approved, kid-friendly sponsor. However, some of the online world's features were made unavailable without a subscription of $5.95 a month. The site specified that everyone had access to the entry levels, and can chat and trade as well; only members, however, had access to the entire world, and could continue to higher levels and access exclusive items and games created just for them.[3]

DreamWorks Animation stated they planned to add locations, games and features over time to make the virtual world experience fun for the long-term. The idea was to simulate the growth and journey of Po, the main protagonist of the 2008 film. In addition, as DreamWorks added new features, they would let members vote on what additional games and features will be launched.

"Kids want to be challenged and rewarded, which is why games are simple to learn, but difficult to master," said John Batter, DreamWorks' co-president of production. "We're kind of teaching them what a quest is. And we wanted to make them feel that this is their world and they have a say."[1]

Sometime in 2012, for unspecified reasons, Kung Fu Panda World was discontinued and removed from the website. The site domain now currently redirects to the main Kung Fu Panda website.

One of the site's mini-games 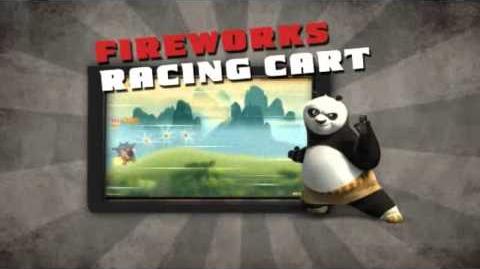 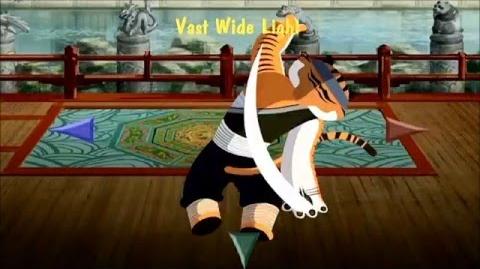 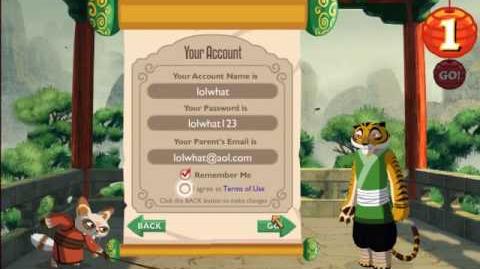