Po holding the bottle of Liquid (The Emperor's Quest)

The Liquid of Ultimate Power (also called the Liquid of Limitless Power[1]) is a concoction contained in a small bottle. Though its name suggests it gives its drinker power, the liquid is revealed to just be Mr. Ping's "secret ingredient hot sauce."[2]

It is featured in the theme park attraction Kung Fu Panda: The Emperor's Quest, where Po, not knowing of its true contents, is assigned to bring the liquid to the Emperor.[3] 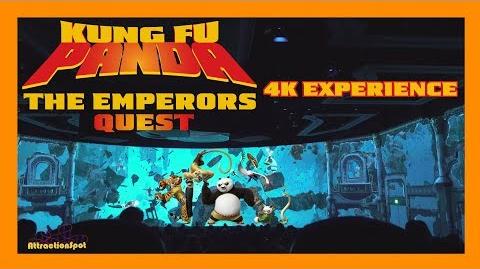 Retrieved from "https://kungfupanda.fandom.com/wiki/Liquid_of_Ultimate_Power?oldid=107743"
Community content is available under CC-BY-SA unless otherwise noted.