Master Porcupine is a legendary kung fu master, now deceased. His chi is stolen by Kai and used as a jombie in Kung Fu Panda 3.

There is nothing else known about Master Porcupine before his appearance in Kung Fu Panda 3, other than he apparently died 100 years prior to the film.[2]

Having been dead for one hundred years prior, Master Porcupine was resurrected and enslaved by Kai, the former accomplice and brother-in-arms of the famed Master Oogway, as a jombie to combat kung fu masters from all over China. When not summoned to fight, like the others Kai had enslaved, Porcupine took the form of a small jade amulet, kept hanging on Kai's chain belt.

Porcupine, as well as the famed Badger Twins, were subjected to Kai's bidding and fought hard against Po, the Furious Five, and Shifu in the Valley of Peace. During the fight, Po and the others remarked on how Porcupine and the Badgers were made of jade, Po going so far as to seize Porcupine in the middle of their fight and ask a startled bystander pig to take a sketch of them together, which Porcupine stopped by kicking at Po and throwing him through the ceiling of Mr. Ping's restaurant, and Po's old room. While in Po's room, Porcupine still fought against Po, going so far as to attempt to strangle him, but Po, still starstruck, instead brought out his nearby action figure of Master Porcupine.

During the fight, Porcupine and the Badgers were kept at bay by Po's rapid spitting out dumplings, which distracted the three jade beings. Once the Five, Shifu and Po had the upper hand and the three old masters were pinned, Kai spoke through them and summoned them away, causing them to disappear as quickly as they had appeared.

Not long after, when Kai found the Panda Village, he unleashed many of his jade slaves, including Porcupine, upon the pandas and those with them. The pandas, however, got the upper hand through the battle, and Kai retracted his minions.

It is presumed that once Po had successfully vanquished Kai in the Spirit Realm, Porcupine and the other masters enslaved were left to rest in peace.

Porcupine is featured as a playable character in this brawler game, available only in its selection of bonus DLC characters.

Porcupine's jombie in Kung Fu Panda 3 has shown him to utilize his large quills as weapons in combat. He uses them as ammunition for his bow, firing the quills like arrows, or as a dagger.

Despite their weight and mass, the quills do not slow Porcupine down, as he is also shown to be quite agile.[2]

As a jombie, Master Porcupine's clothing was fused to his body. In life, Porcupine wore a long-sleeved robe and trousers through which his quills protruded, tied with a tasseled sash.[2] 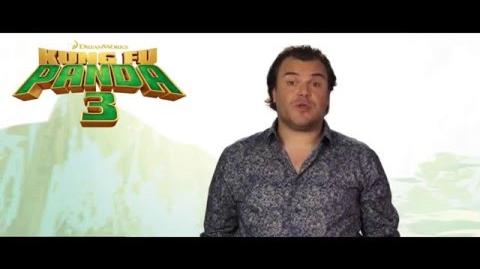 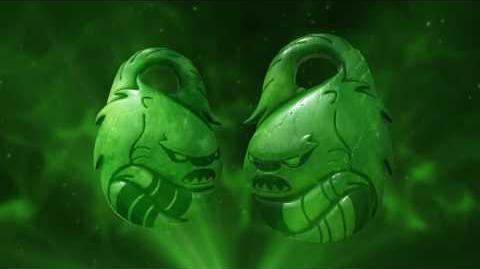