Secrets of the Furious Five is an Annie Award-winning animated short that takes place some time after the events in Kung Fu Panda. It appeared on a companion disc of the film's deluxe DVD release and was later broadcast on NBC on February 26, 2009. It became available as a separate DVD on March 24, 2009.

The short has Po telling the stories of his comrades in arms, which are depicted in traditional 2D cel animation similar to the opening and credits of the original film. In the short, actors Jack Black (Po), Dustin Hoffman (Shifu), David Cross (Crane), and Randall Duk Kim (Master Oogway) reprised their roles from the films.

Join the star of Kung Fu Panda as he sets out on a whole new adventure in this sequel to the animated box-office hit featuring the voices of Jack Black and Dustin Hoffman. In the wake of defeating the ferocious Tai Lung, the Dragon Warrior [Po] must draw on the skills of Viper, Tigress, Monkey, Crane, and Mantis in order to face Shifu's greatest challenge to date. Along the way, [the] Dragon Warrior uncovers the ancient 'Secrets of the Furious Five' while discovering that it takes much more than strength and agility to become a true kung fu master.[1]

Po was assigned by Shifu to teach an introduction to kung fu class for a group of rambunctious rabbit children. Fortunately for Po, it did not take him long to bring the class to order and for the children to calm down, and he began to emphasize to them that combat was only part of what kung fu is about, while its true meaning is "excellence of self". To illustrate his point, he used the stories of the Furious Five's individual pasts and the basic philosophical concepts they learned that enabled them to be great kung fu masters.

In his youth, Mantis was a petulantly impatient warrior who was prone to jumping to conclusions and making impulsive decisions. When this habit got himself captured with no chance of escape by force, the long wait he had to endure in his cage allowed him to find the patience to play dead long enough to fool his captors into opening the cage, giving him the opportunity to ambush them.

Viper, the daughter of Great Master Viper, was born without venomous fangs. Her father, who relied on his venomous bite, was despondent because he believed she could never succeed him as a warrior, making her feel timid. However, when she grew older, her father encountered a bandit who wore armor hard enough to shatter his fangs when he tried to bite him. Seeing her father in peril, Viper found the courage to fight the bandit and defeat him with her ribbon dancing skills.

Crane was an unconfident janitor of a martial arts school until the star pupil, Mei Ling, encouraged him to try seek enrollment in the school. He trained many days to prepare, and although his nerve failed him at the try-outs due to the other students' jesting about him being "too skinny", he accidentally found himself in the intimidating challenge that determined eligibility. Suddenly, he found the confidence to take the challenge and his skinny body proved to be an asset that enabled him to succeed.

Tigress was an orphan who was feared for her destructive lack of control and her temper, which left her isolated with no hope of finding a family. Master Shifu was called to teach her the discipline she needed to control her movements until she could calmly perform delicate tasks with ease, enough to allay the concerns of the orphanage and the children that lived there. When she was still not adopted by any adults, however, Master Shifu took her in as his student at the Jade Palace.

Monkey was a troublemaker who tormented his village, owing to him being publicly humiliated in his youth. He defied all attempts to force him to leave until Master Oogway confronted and defeated him, but also saved him from being crushed by a falling pillar. Oogway deduced the cause of his behavior, and rather than making him leave the village as per the challenge, the tortoise told him to stay and encouraged him to show compassion to others, treating them the way he would want to be treated.

At the end, Shifu returned to see Po's anticipated lack of progress in teaching and was surprised that he underestimated Po's talents yet again, considering how much the panda's students had learned. But when the rabbit children asked Po how his first day of kung fu was, all the unpleasant memories during the first film flashed through his head, to which he responded by saying it was "totally awesome."

The short was originally released November 9, 2008 alongside Kung Fu Panda as a bonus disc for the original DVD release. It was also shown at the red carpet premiere for the home release on the same day. At the time of its release, it was DVD-exclusive and was notably absent from the Blu-ray edition. A standalone DVD was released on March 24, 2009. In subsequent Kung Fu Panda releases and collections, it has been bundled with other shorts such Secrets of the Scroll and Secrets of the Masters.

It was added to Netflix in the United States on September 18, 2014 under DreamWorks Kung Fu Panda Awesome Secrets.

Mantis's defeat of the crocodile bandits

Young Viper using her ribbons to combat the gorilla bandit 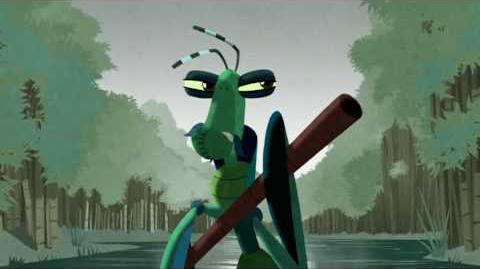 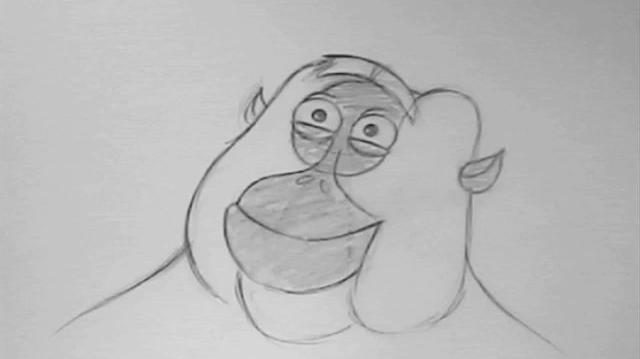