Secrets of the Masters is an Annie Award-winning short film produced by DreamWorks Animation. Tying into the events of the second film, it uncovers the legend of the three kung fu masters of Gongmen City: Thundering Rhino, Storming Ox, and Croc. It was originally released on December 13, 2011 packaged with the DVD and Blu-ray release of Kung Fu Panda 2.

Under the pretense of an emergency in the dead of night, Po led Tigress and Mantis into breaking into the new Masters' Council exhibit in tribute of Masters Thundering Rhino, Storming Ox, and Croc. Although Tigress and Mantis were annoyed at the deception, Po engaged their interest in the story of how the trio of masters first met.

Long ago in the city of Jinzhou, Rhino, Ox and Croc were small time street fighters who attracted the displeasure of Oogway who wished them to find something worthy to fight for. As the trio fought themselves to a standstill, two of the villainous Wu Sisters were freeing their eldest sister. To stop them, Oogway persuaded Rhino, Ox and Croc into helping him stop the sisters at Hubei Volcano. However, to Oogway's frustration, the old tortoise had to appeal the vague prospects of being put on a "path to riches" to get that cooperation.

While the Wu sisters plotted to unite the various criminal gangs to seize control of China, Oogway had to brush off each of his compatriot's pretty proposals during the journey to abandon the others for their benefit. At camp, Oogway eventually discovered that while Croc and Ox were motivated by narcissism and greed respectively, Rhino had a deep-seated need to win his father's, Master Flying Rhino, respect. To that, Oogway suggested to all of them that their current goals were self-defeating and that changing their ways will lead to better lives for all. Before the trio could comprehend the tortoise's point, a messenger bird from the Wu sisters arrived to reveal their plan, and Oogway had the company set off immediately.

To encourage them to change their ways, Oogway secretly led the trio into an extremely dangerous path and forced them to cooperate in order for them all to safely pass. However, when the trio finally learned that Oogway was being metaphorical about his promised riches, their protests accidentally got them trapped on a river of lava. Oogway managed to get them to safe ground, but fell to his apparent death, leaving them with only the advice "Remember the path." to guide them now.

Dispirited at their loss, the trio tried to find their way home. However, they encountered a village devastated by the Wu sisters' forces, and its citizens desperately attempted to hire them for protection. Moved by the villagers' plight, the trio declined the fee and resolved to stop the Wu sisters for the sake of a higher ideal.

Thus motivated, the trio interrupted the sisters' summit. When the former street fighters revealed that they were doing this for honor, they intimidated the various visiting gangs into retreating while the sisters fought alone. Although the sisters proved too much to fight alone, Rhino, Ox and Croc managed to combine their talents to defeat them in a coordinated attack. At the moment of their victory, Oogway reappeared, having captured the rest of the gangs, and praised his fellows for being worthy warriors who have found a higher purpose.

The scene returned to the exhibit in the morning where Po concluded the story of how the new masters formed the Masters' Council in Gongmen City. Unfortunately, Master Shifu discovered them. He dismissed Tigress and Mantis, but set Po to work to repair the roof he damaged breaking in before the exhibit opened in twenty minutes. Unfortunately, Po managed to accidentally lock himself in the Sarcophagus of Su Wu, and thus trapped decided to take a nap instead.

The short was initially released on DVD and Blu-ray as a bonus feature for Kung Fu Panda 2 on December 13, 2011. It was included in both the initial Blu-ray release and on the second disc of the double disc DVD release, but not on the single disc version.[2] On March 13, 2012, it was re-released as a bundle with Secrets of the Furious Five.[3]

It was added to Netflix in the United States on September 18, 2014 under DreamWorks Kung Fu Panda Awesome Secrets.[4] 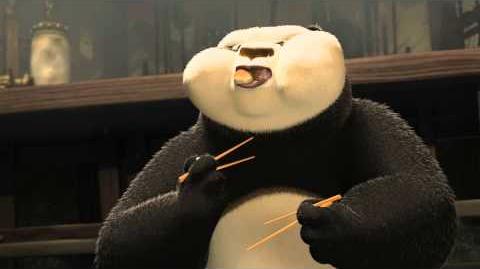 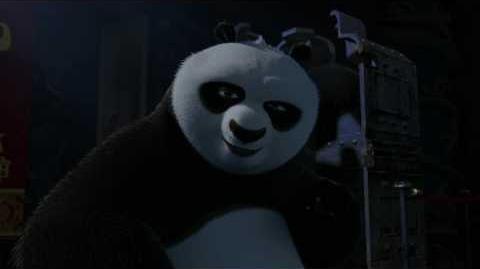