The short was originally released in 2016 as a bonus feature on the 20th Century Fox Home Entertainment re-releases of Kung Fu Panda and Kung Fu Panda 2, and then later on Netflix.[1]

When a twist of fate brings five unlikely animals together, they find that combining their unique kung fu styles as a team makes the perfect weapon![3]

The film begins with Oogway narrating as the scene views a peach tree all the way down to the village, where Po finds out Mr. Ping was giving his valuables away. When Mr. Ping accidentally gives a young rabbit Po's Furious Five action figures, Po sets out to retrieve them. The story of how the Five met then begins.

Taking place ten years before the events of Kung Fu Panda, the scene goes to the Jade Palace where Master Shifu is teaching a young Tigress the proper form of kung fu. When Tigress breaks her concentration and takes on a new form (a tiger-like style), Shifu scolds her then orders her to run one hundred laps around the training area while he and Master Oogway drink tea. Oogway, though comments on how Tigress will never be like Shifu, but that she should just be herself. News shortly arrives as Mongrel staggers into the Jade Palace and tells of a new villain, the Boar is coming to attack the Valley of Peace, in hope of defeating Master Shifu. As Shifu is training, Tigress admires him and comments on how amazing he is to Oogway, though Oogway reminds her that she can never be like him. Shortly after, Oogway talks Shifu into ending his training so that they can eat.

During this time, Mr. Ping leaves a teenaged Po to take care of the noodle shop while he's out getting more vegetables, though Po is very nervous. Po's cooking skills are at odds when he is given the task to make lunch for Oogway and Shifu. In the end he ends up poisoning the noodles, though is seemingly unaware as he sees the servant, who came to order leave. Shifu afterwards becomes violently ill, leaving him to ask a messenger to go to Wang Fu Village and bring him the four warriors he needs in order to fight the Boar. Tigress offers to go, in hopes of impressing Shifu and with the insistence of Oogway, Shifu allows her to go, telling her to not fail him.

As Tigress starts on her mission she accidentally is acupunctured by Mantis, who states he is the doctor Shifu sent for, which causes Tigress to drop the scroll down the palace steps. Previously before, Po is seen writing on a scroll, thinking of all the things he could be due to his inability to cook. He writes a cleaner, a comedian, a dancer, and a doctor though shortly gives up on the idea. Tigress accidentally grabs Po's scroll by mistake when he takes it out to the trash, confusing Po's ideal occupations with the four warriors names.

Arriving at the kung fu training school Shifu asked her to get the four warriors from (in his original scroll), she asks for the cleaner. Seeing Crane, who happens to be a janitor, Tigress informs him that Master Shifu has sent for him. Crane, excited as he believes Shifu required his cleaning skills, leaves with Tigress to find the other "warriors". As the two go to a bar, they find Monkey, who caused his audience to leave due to his bad jokes. Monkey agrees to go with Tigress and Crane, assuming Shifu knows of his "comedy", and shortly after they find Viper dancing for her father. She also agrees to come, promising her father that she will make him proud, to which he replied that he is already proud of her. Tigress becomes sad, remembering her relationship with Shifu but stays focused on her mission. Remembering that the doctor, Mantis was already at the palace, the four head back.

Whilst traveling back, Tigress runs on her back legs as Shifu taught her that standing on all fours is not proper form. Monkey mimics her and laughs, proceeding to run on all fours. Tigress watches in amazement how graceful Monkey, Crane and Viper are and decides to run on all fours too, feeling both happy and free. She comments on their amazing skills and says they will be back before dawn.

Presenting Crane, Monkey, Viper, and Mantis to Shifu as the warriors he sent for, she replies that "it has been an honor to serve him", seemingly hopeful that Shifu will be proud of her. Shifu though becomes angry, claiming that Tigress has messed up and gotten the wrong warriors. Disappointed, Shifu orders the four to leave and for the citizens to evacuate in preparation for the battle between Shifu and the Boar. Tigress, who's failure caused Shifu to be disappointed in her is then seen sulking by the peach tree. Oogway comforts her, telling her that while she can't be like Shifu, she can be herself, which in terms will make her a powerful warrior. Tigress, determined sets out to fight the Boar.

As the villagers are preparing to evacuate, Po tells Mr. Ping that he was the one who poisoned Shifu. To his surprise Mr. Ping is delighted that Po served the palace people and excitedly starts planning for his new restaurant at the new village. Po, though leaves by his father's orders to do chores.

As the Boar starts to appear, Tigress claims that she is the one he will fight. The Boar laughs then starts to beat up Tigress, who tries to fight using Shifu's style of kung fu but fails. Before The Boar can finish Tigress off, Crane, Monkey, Viper, and Mantis come to the rescue and fight off the Boar while Tigress is unconscious. Tigress wakes up, then using her own style of kung fu destroys The Boar. Po, meanwhile sees the fight and, after watching Tigress fight the Boar decides that he wants to learn kung fu.

As the scene comes back to the present, where Po is still trying to find his figurines, he sees the young rabbit playing with his action figures. Deciding that he doesn't need them anymore, the Furious Five appear and ask if he needs help with finding them. Po replies that he "has the real things right here", while wrapping his arms around the Five and walking back with them to the palace.

In a November 2013 interview with DreamWorks Animation character animator Sandro Cleuzo, he talked about his involvement with a new traditionally animated Kung Fu Panda short. He shared this when asked about his latest projects:

[I] animated on a new 'Kung Fu Panda' 2D short also for DreamWorks which also made me work on a Cintiq for the first time and now I am comfortable with it.[4]

On December 11, 2013, Kari Wahlgren (Tigress' voice actress in Kung Fu Panda: Legends of Awesomeness) tweeted about seeing a screening of the short:

'Secret of the Scrolls' screening at DreamWorks tonight.... Great job to everyone in the cast and crew!! <a href="https://twitter.com/hashtag/kungfupanda?src=hash">#kungfupanda</a>

On November 15–16, 2014, the short was screened at NCComicon during an animation panel and in a short film theater.[5] Its director, Rodolphe Guenoden, was present during the animation panel screening.[6]

Secrets of the Scroll was released as a bonus feature on the 20th Century Fox Home Entertainment re-release of Kung Fu Panda and Kung Fu Panda 2 on December 15, 2015 for Digital HD, and on January 5, 2016 for Blu-ray and DVD.[1] The short was later released on Netflix on March 25, 2016 in the United States.[2] 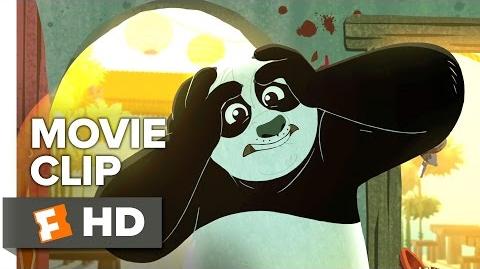 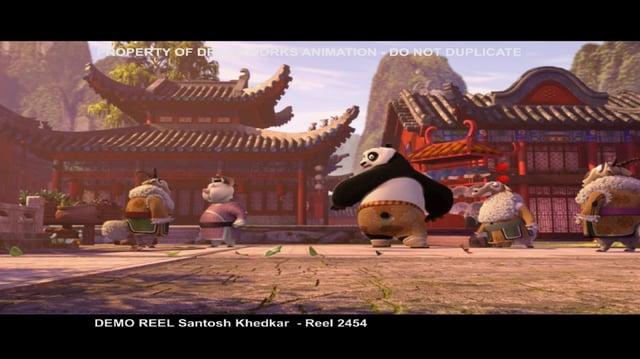 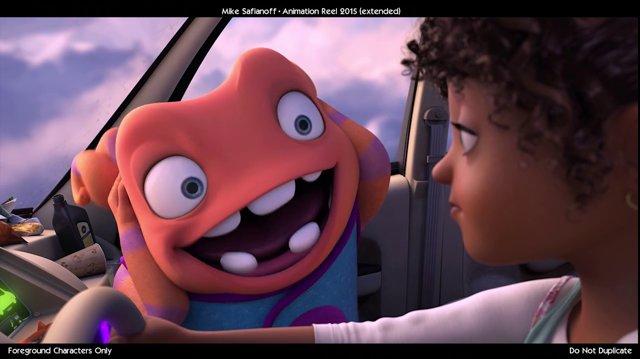 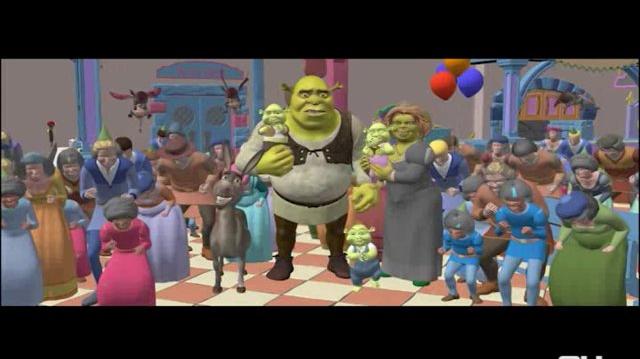