Various forms of the Spirit Realm

•  Oogway and Kai rematch
•  Battle between Po and Kai

The Spirit Realm (also called the Spirit World) is the name of the world where "kung fu masters go in the afterlife." It is a plane of existence described as "an undefined world, an alternate reality where there is no concept of time and perspective is skewed."[1] Oogway resides in this realm, as well as several other spirits.[2]

Referring to the location of the Spirit Realm, Kung Fu Panda 3 head of layout Damon O'Beirne notes that it is "more of a world that exists in a separate plane into the other side; it's not up or down, the way we imagine heaven and earth." Co-producer Jeff Hermann adds that the realm is established not as a religious place, but rather somewhere that is simply "out of the earthly plane of existence."[1]

The appearance of the Spirit Realm directly relates to the spirit energy of the strongest presence currently residing in it. Kai's battle with Oogway reflects hues of jade green, and after his defeat, the realm takes on a solid golden tone, mimicking Po's arrival as the Dragon Warrior and subsequent victory over Kai. Green and gold are the contrasting and main thematic colors of the film, representing the chi of the antagonist and protagonist respectively.[2]

Similarly, the amount of chaos in the realm is reflective of the current balance of yin and yang. "In its most chaotic existence, namely when Kai is in control, the terrain appears the most damaged, with a variety of debris floating every which way." In contrast to peaceful times, "the terrain of the Spirit Realm appears more stable," displaying visual elements like "a chi lake with ripples, where peach blossom petals drift by" and movements that "[echo] the circularity of yin and yang, and the energy of chi circles."[3]

Long before the film, it is known that Kai was banished to the Spirit Realm "for all eternity" after taking chi from others. In the film, he has broken free from this realm and has returned to earth after defeating Oogway and taking his chi to add to the ones he had already stolen.

To save his friends and family from having their chi stolen by Kai, Po jumped on Kai himself around the villain in a headlock and used the Wuxi Finger Hold on himself, as the technique only works on mortals, not a Spirit Warrior like Kai, sending them both into the Spirit Realm. They fight again, but Kai overpowers Po and prepares to steal his chi. Using what they learned from Po and about who they are, Li, Tigress, Mr. Ping and the pandas are able to use their chi to save him. Po, with the chi flow, suddenly generates a golden dragon-shaped avatar around him and destroys Kai by overloading him with his chi, freeing all of the Kung Fu masters in the process.

In an ethereal golden pond, Po met with Oogway, who remarked on how much the Dragon Warrior had grown, revealing that he was the one who sent the message to his father Li that Po was alive. Additionally, he revealed that the reason why he chose him as the Dragon Warrior was because he was reminded of his panda ancestors, and his embodiment of the yin-yang. Oogway passed Po a jade staff with the yin-yang symbol at its end, acknowledging the panda as his true successor, which Po used to return to the mortal realm.

The Spirit Realm is featured as a downloadable level in the game.

The Spirit Realm is featured as a location in the theme park attraction. In its story, Po arrives at the Emperor's palace with Shifu and Mr. Ping, but they are soon stopped by Kang, who uses the Ming Hammer to send them all into the Spirit Realm. The three battle him and his summoned wolf minions in the realm, pushing and shattering floating debris. Kang eventually corners them, leaving Po to decide between obtaining the Liquid of Ultimate Power or rescuing Mr. Ping, who is helplessly in the projectile path of a large piece of debris. Po doesn't hesitate in choosing his father, to which he secures him and rejoins with Shifu, and then uses the power of his chi staff to return them back to the Emperor.

In "Sacrifice at the Edge of Time", the young Constellations end up in the Spirit Realm again after their failed attempt to trap Jindiao. Jindiao is later brought there by Po utilizing the Wuxi Finger Hold, but leaves Po at the mercy of Yaoguai as he seeks a means of escape. After being saved by his students, Po learns that the rules of the mortal realm do not apply to the Spirit Realm. With this knowledge, he is able to regain his Hero's Chi and assume the form of a dragon in order to pursue Jindiao, while the young Constellations are empowered by the sacrifice of their predecessors. In "End of the Dragon Master", Jindiao and his enemies are able to return to the mortal realm, but Jindiao is later sent back to the Inn of the Never Ending Dumpling trapped in the Spirit Urn.

Po sending his Chi to Kai

Po unlocking his Hero's Chi in the Spirit Realm

Oogway in the Spirit Realm

Oogway having a conversation with Po
View more... 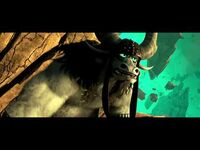 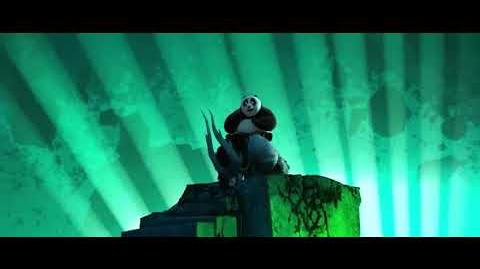 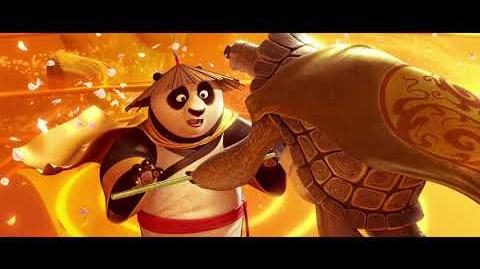 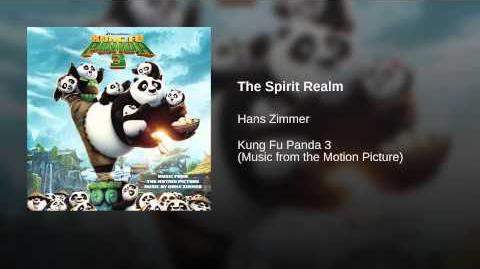 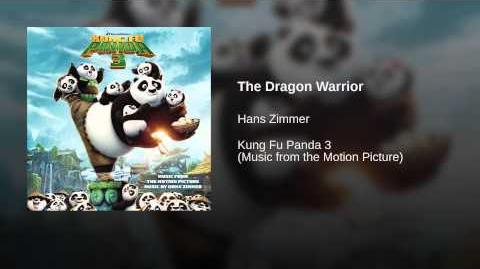 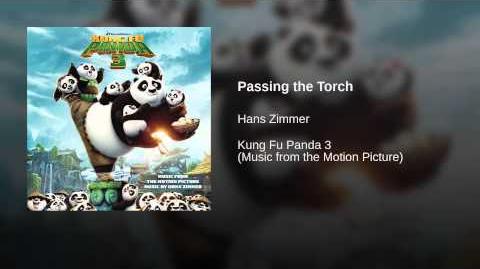