The Thousand Tongues of Fire at the Dragon Warrior Tournament

The Thousand Tongues of Fire is the name given to a large, deadly, wooden machine in the shape of a dragon's head and open mouth that spits fireworks. It was featured in the sixth chapter of Legend of the Legendary Warrior, and also made a brief appearance in Kung Fu Panda.

The Thousand Tongues of Fire was briefly mentioned in the sixth chapter as a kung fu technique.

During the Dragon Warrior Tournament, Master Crane was put up against the Thousand Tongues of Fire, which Po witnessed through a crack in the entrance (having been shut out accidentally). A pig inside the arena moved in the way of Po's vision just before the battle began, but the panda was able to witness Crane fly high into the air while being surrounded by fireworks shot from the machine. However, Po backed up too far and fell down the stairs again. By the time he climbed back up to the top, the battle was over. 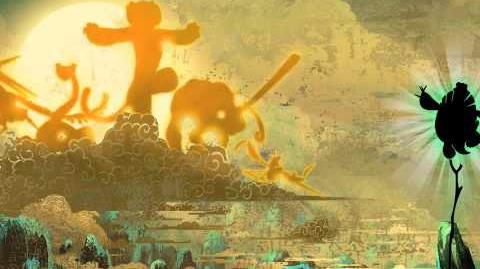 Retrieved from "https://kungfupanda.fandom.com/wiki/Thousand_Tongues_of_Fire?oldid=90320"
Community content is available under CC-BY-SA unless otherwise noted.