"Mama Told Me not to Kung Fu"

Yan Fan[3] (also known as Crane's mother) is a character in the Nickelodeon television series Kung Fu Panda: Legends of Awesomeness. She is the mother of Crane and was featured in the episode "Mama Told Me not to Kung Fu".

When Crane was a young child, she thought he was weak and fragile like his father, so she was overprotective of him, making him wear a suit of armor until he was six years old. She even tied pillows to the sharp corners of the house, thinking he couldn't take care of himself. One day she found out that Crane had snuck out of the house and gotten injured in a kung fu class. This made her hate kung fu. Even the lightest hint of Crane doing it would give her heart pains, so he had to promise her that he would never do kung fu again.

Yan Fan is a very over-protective mother. She is generally polite to others and means well, and tends to be nitpicky and smothering toward her son, whom she believed was weak and frail. Crane has also commented that she believes in "setting expectations low", and he feared the truth about him being a kung fu warrior would be too much of a shock for her. However, rather than being horrified, Yan Fan was amazed after seeing him in action, and easily showed acceptance of her son as a kung fu warrior.

Believing Crane to be frail like his father, Yan Fan went to extremes to keep Crane safe by making him wear a suit of armor as a child, and covering all the sharp corners in the house with a pillow. When she saw Crane hurt after he had tried a kung fu class, she nearly fainted from sudden heart pulsations. After this, Crane kept his kung fu accomplishments a secret from his mother out of fear that the shock would kill her. He even implored the help of Po, Shifu, and the rest of the Furious Five to help him stage that he was in charge of an inn, as his mother believed.

However, after forced into battle with the Lin Kuei, Yan Fan witnessed Crane defeating the bandits, and was amazed at his kung fu skill, saying her pulsing heart was due to pride, not fear. She later left, finally seeing that Crane wasn't weak after all.

Yan Fan thought that the Lin Kuei were employees at the Jade Palace, not knowing they were criminals, and had asked them to bring her some water. 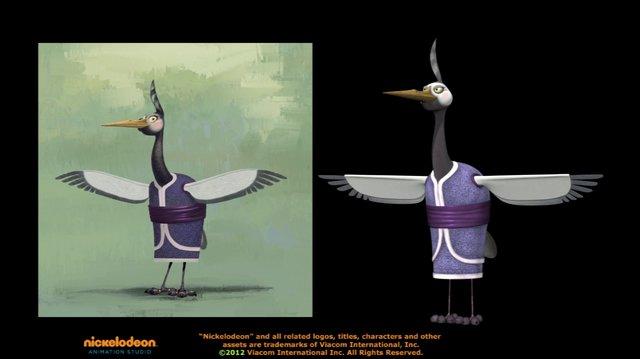 Retrieved from "https://kungfupanda.fandom.com/wiki/Yan_Fan?oldid=104254"
Community content is available under CC-BY-SA unless otherwise noted.